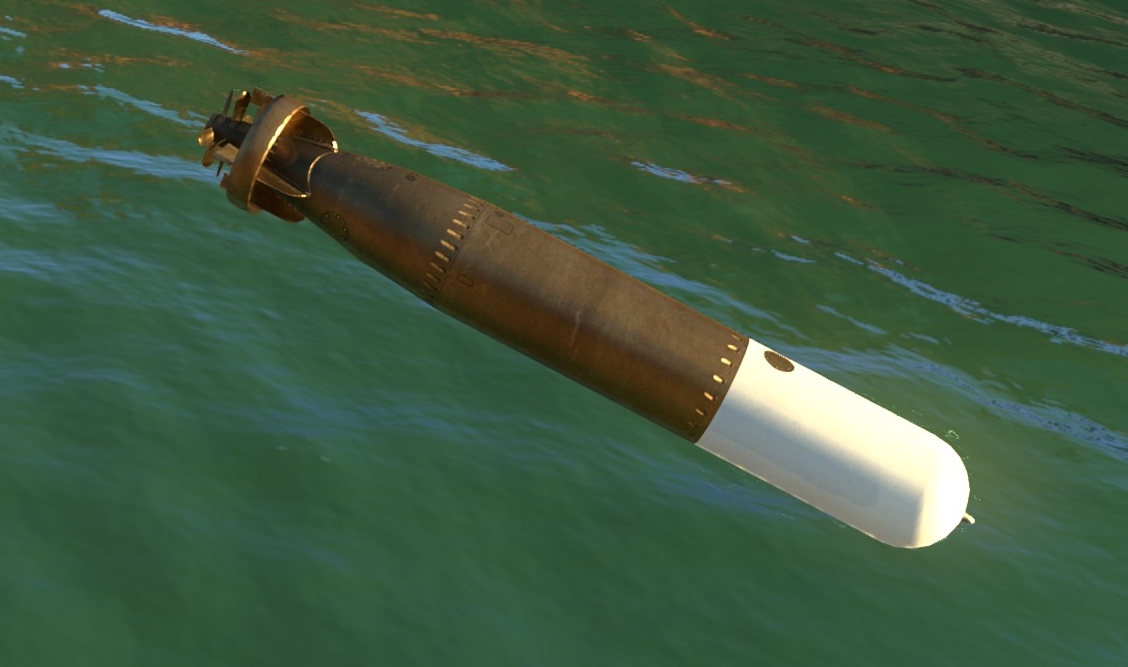 The Mk.13 (569 mm) torpedo was a guinea pig of a torpedo having been the subject of testing and modification since 1925. Used early in World War II, this torpedo failed to operate properly approximately 70% of the time with problems of running cold (propeller mechanism failed to start), sinking, not running true (deviating path), improper depth, running on the surface or porposing (continuous jumping out of the water) due to improper water contact. Aircraft were required to fly extremely slow and low when dropping the torpedo as to not damage it on impact with the water and to provide the most stable drop possible, unfortunately, this put the torpedo bomber in a bad position of being an easy target for anti-aircraft guns mounted on enemy ships.

Extensive testing in 1942 determined that the low and slow approach to the Mk.13 launch was actually counterproductive as it caused the torpedo to “belly-flop” on the water resulting in damage sustained to its internal components. New modifications were tested which replaced fragile parts and components which were susceptible to damage upon impact with the water.[1] Updates to the torpedo allowed it to be safely dropped from a higher altitude and at faster speeds. By 1944 the Mk.13 was essentially a brand new torpedo and was accepted as the best aircraft torpedo in the U.S. inventory at that time and was credited with the sinking of the Japanese battleship Yamato.[2]

The aircraft torpedo Mk.13 is typically carried on attack-type aircraft, however, there are a few light bombers which can also be outfitted with them. The design of the Mk.13 departed from conventional torpedo design for submarines and destroyers to accommodate being delivered by aircraft and being dropped.[2] Due to the short and stocky size of the torpedoes, they were also ideal to be outfitted on motor torpedo boats where they could either be launched from tubes or just rolled off the side of the boat for more stealthy approaches.

The Mk.13 torpedo had a large high-explosive warhead compared to the Mk.VII which was frequently used at the time. The Mk.13 had a 600 lb (270 kg) Torpex (Torpedo Explosive) warhead compared the Mk.VII’s 466 lb (211 kg) warhead. Torpex was an explosive which was about 50% more powerful than TNT by mass alone as this mixture contained 40% TNT, 42% RDX and 18% powdered aluminium. While not as fast nor had as long of range as other torpedoes, the Mk.13 was used effectively at night when stealthy operations from PT boats which took place requiring torpedoes to reach the target with the least amount of warning. Aerial operations took advantage of the slower torpedo by dropping it from a higher altitude, increasing its time in the air and getting it closer to the target before it entered the water.[1]