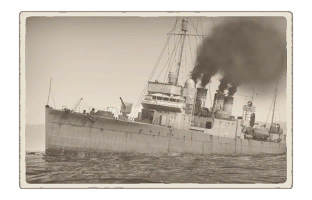 The Clemson class, HMS Churchill (L45) is a rank III British destroyer with a battle rating of 3.7 (AB/RB/SB). It was introduced in Update 1.83 "Masters of the Sea" as part of the British fleet closed beta test. It is the first destroyer in the British naval tree.

The Clemson is of a middling speed for destroyers, capping at around 61km/s. Luckily, the superstructure is one of the most frequently damaged parts of the ship, so you might not notice in some games that it has a turning circle the size of your mother.