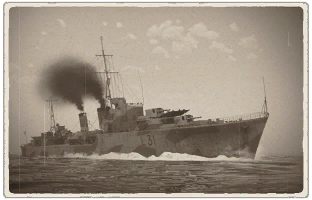 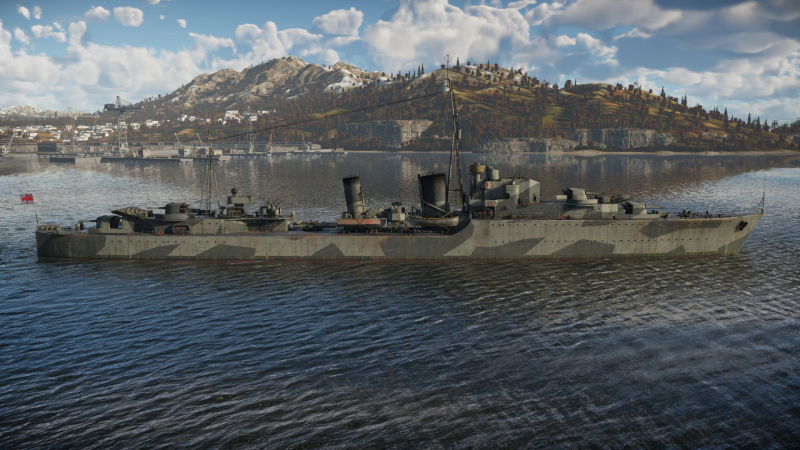 The Tribal-class, HMS Mohawk (L31), 1941 is a premium gift rank II British destroyer with a battle rating of 4.7 (AB/RB/SB). It was introduced during Update "Direct Hit" as a reward for the 2021 Export Order event.

A Tribal-class destroyer, HMS Mohawk is unique in that it carries a fourth main turret, allowing for increased firepower over its sisters, in exchange, it has a smaller AA battery.

The destroyer Mohawk was laid down as one of the Tribal class destroyers on July 16th, 1936 at the Southampton shipyard. Like all destroyers of the series, the Mohawk differed from most ships of her class in high firepower of the main calibre and good torpedo armament, while maintaining a displacement under the London Treaty - no more than 1,850 tons. Immediately after construction, Mohawk joined the destroyer flotilla in the Mediterranean. Before WWII started, the destroyer performed training, diplomatic and civilian missions in the Mediterranean Sea.

After the war began, Mohawk went back to her native waters, where on October 16th, 1939, during the first Luftwaffe raid on the British Isles, she suffered from a nearby bomb explosion, fragments of which killed 15 crew members and mortally wounded the captain. During World War II, the destroyer began active combat service in Norwegian waters and then in the Mediterranean against the Italian fleet. As part of the 14th destroyer flotilla, Mohawk participated in the defeat of the Italians at Cape Matapan, where destroyers sank the heavily damaged cruisers Pola and Zara, after rescuing the remnants of their crews. On the morning of April 16th, 1941, the 14th Flotilla attacked an Italian convoy near Tunisia. The crippled and sinking leader of the escort, the Italian destroyer Luca Tarigo, was able to launch two torpedoes at the Mohawk in manual mode. Both torpedoes reached their target - the first hit the stern and damaged the controls, the second led to the explosion of the stern boiler and the deck breaking in two. The destroyer sank almost immediately, killing 41 crew members.