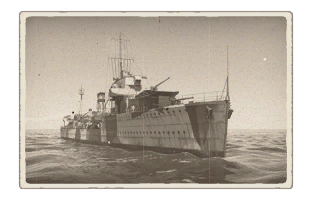 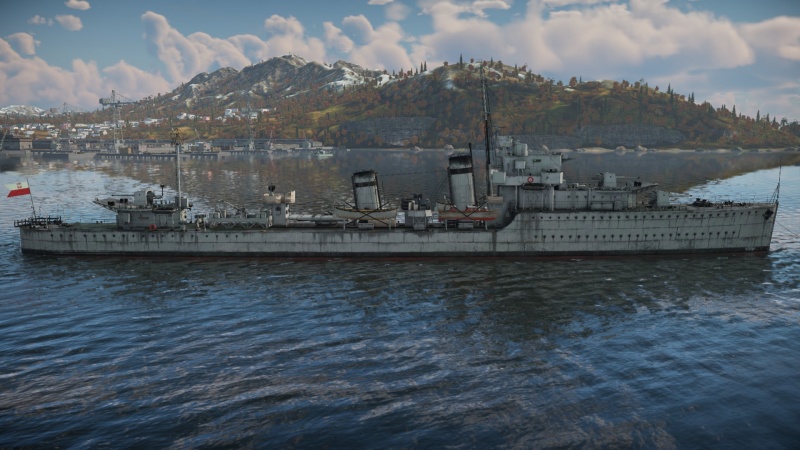 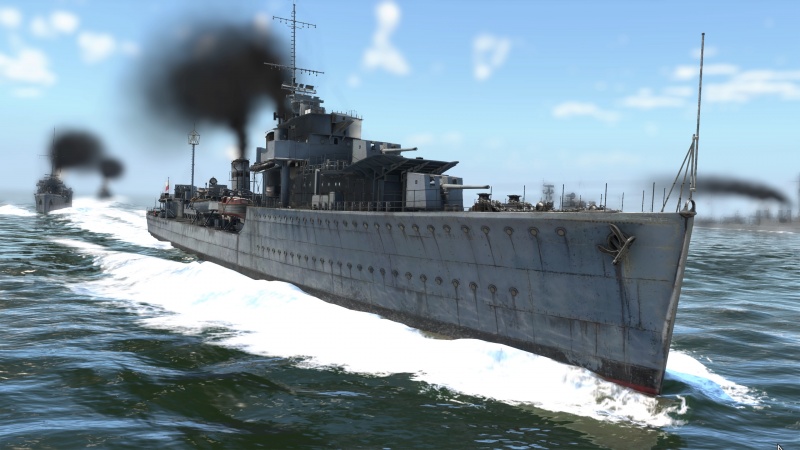 The G-class, ORP Garland (H37), 1942 is a premium gift rank II British destroyer with a battle rating of 3.7 (AB/RB/SB). It was introduced during Update "New Power" as a reward for Battle Pass: Season I.

HMS Garland is a British-built G-class destroyer loaned to the Polish Navy in 1940, under the designation of ORP Garland. She operated as part of convoys escort almost the entirety of the Second World War and visited most of the war theatres.

She performs very similar to the playstyle of the sister ship already in the regular tree, the destroyer (H89) HMS Grafton. While at the same time, having some pros and cons on her own. Such as the increased variety of secondary armaments that reinforces the support role of this class.

Unfortunately, some drawbacks in mobility are present, as well as reductions in the main armament to increase the auxiliary armament.

The Garland (H37) appears more aggressive than the escort destroyers Town (L45) and the Hunt (Family), this is thanks to her long and taller hull with a raked type of bow that provides increased sea-worthiness and enhanced cruising speed - at least before armaments refits. The destroyer can be differentiated from the similar G-class (H89) because of the Polish naval ensign with a horizontal bicoloured red and white, located in the stern of the ship. Another way to differentiate between the two is the Garland's light grey hull painting and the olive-green coloured upper decks. The Grafton's hull will be painted black with maroon red upper decks, though these colour schemes might vary in arctic scenarios. Garland's second funnel top is lower, a stern-located 120 mm cannon and one set of quadruple torpedo tubes is also missing.

Describe the history of the creation and combat usage of the ship in more detail than in the introduction. If the historical reference turns out to be too long, take it to a separate article, taking a link to the article about the ship and adding a block "/History" (example: https://wiki.warthunder.com/(Ship-name)/History) and add a link to it here using the main template. Be sure to reference text and sources by using <ref></ref>, as well as adding them at the end of the article with <references />. This section may also include the ship's dev blog entry (if applicable) and the in-game encyclopedia description (under === In-game description ===, also if applicable)