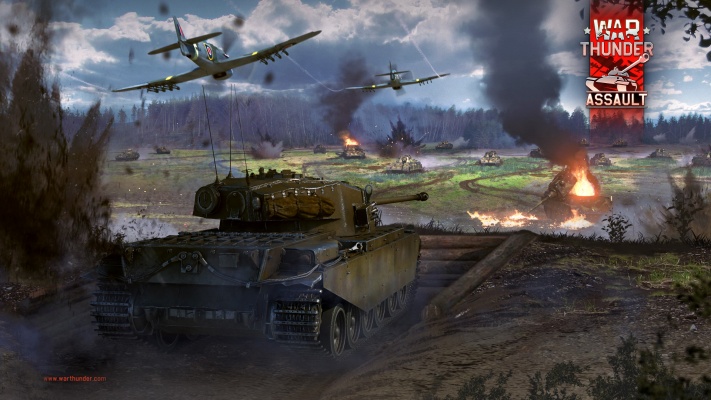 Update 1.67 "Assault"(changelog) was introduced on 18 March 2017. The update is distinguished by introducing the Gun Stabilizers, engine exhaust flames, and a new Co-op PvE mode called "Assault".

Added emulation of the vertical stabilizer for tanks with guns, vertical guidance of which was made with the help of a shoulder stop:

You can find the full list on the War Thunder official forum.