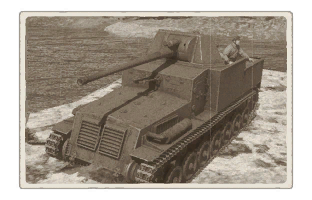 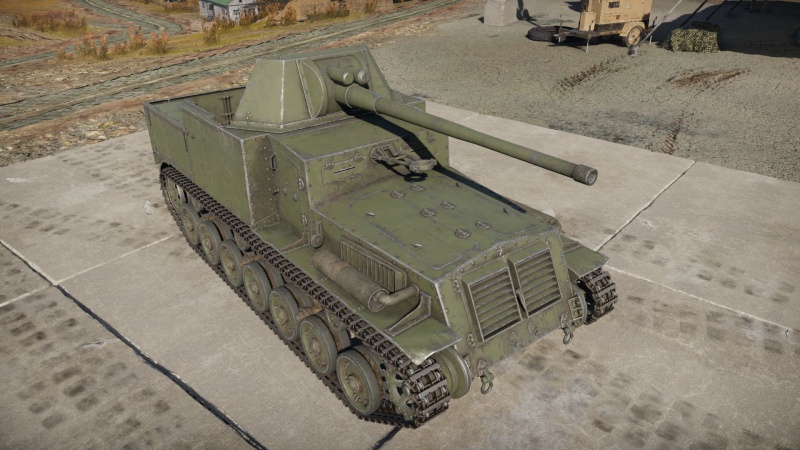 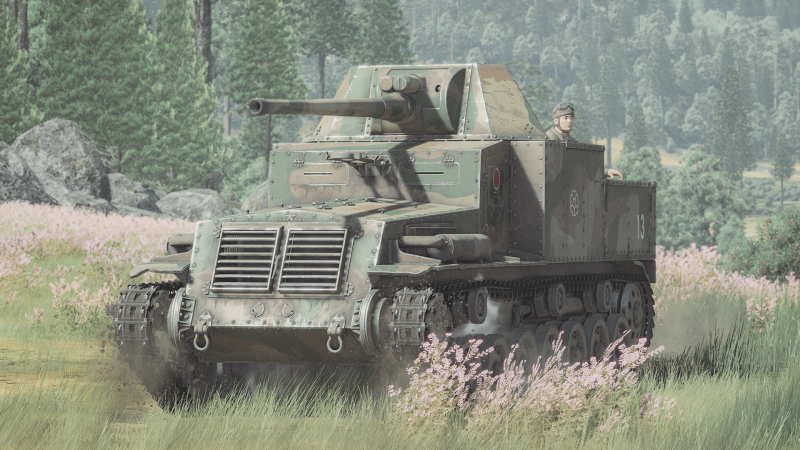 The Type 5 Na-To (試製七糎半対戦車自走砲「ナト」) is a rank III Japanese tank destroyer with a battle rating of 3.3 (AB/RB/SB). It was introduced along with the initial Japanese Ground Forces tree in Update 1.65 "Way of the Samurai".

The Type 5 Na-To is a rather traditional tank destroyer of a simple vehicle chassis with a gun pasted on top. It is highly vulnerable to many battlefield weapons due to its weak overall armour, but if it can get the jump on an enemy, it can wreck havoc. Thus, one should not play the Na-To as a front-line weapon but as a sniper far back behind the front lines. This will ensure the Na-To will not become a priority target and also to maximize the gun's long-range capacity to take out targets. Watch frequently traveled roads and choke points for enemy, then blast them away before retreating to reload in case they are still active after the first shot.

Ammo racks of the Na-To

With the Lightweight Type I Model II tank gun, the Na-To presents a lethal gun that can penetrate all the the tanks at its 3.3 BR range. Assuming it is not upped by another vehicle in the line-up with a higher BR, the worst heavy tank the Na-To could face are the Soviet KV-1S and British Churchill Mk III, both with front armour easily penetrable by the Na-To's 75 mm gun at standard ranges without taking angling into consideration. However, the thin armour of the Na-To does mean that any tank it faces could defeat the Na-To, so always get the first shot off at the enemy.

Playing the Na-To as a sniper support from a long distance from the front-line will provide the Na-To increased survivability and also potentially more targets to aim at than with its limited traverse arc up close. If long range is not possible, keep the Na-To stationed at a cover's corner watching an enemy's frequented area. As soon as one shows up, blast away before retreating to cover.

The Type 5 Na-to was a tank destroyer based on the Type 4 Chi-So armored medium tracked carrier developed in 1945. It used a 75 mm tank gun, known as the Type I 75 mm. This was a lighter version of the Type II 75 mm tank gun used by the Chi-To and Chi-Ri.

Following trials, the Na-To II was selected over the Na-To I to be mass-produced. An order was placed for 200 vehicles to be made, but by the end of the war only 70 of them were started, with none reaching completion.