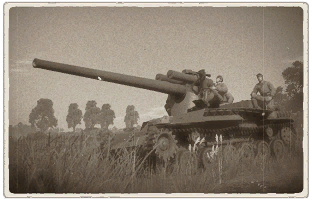 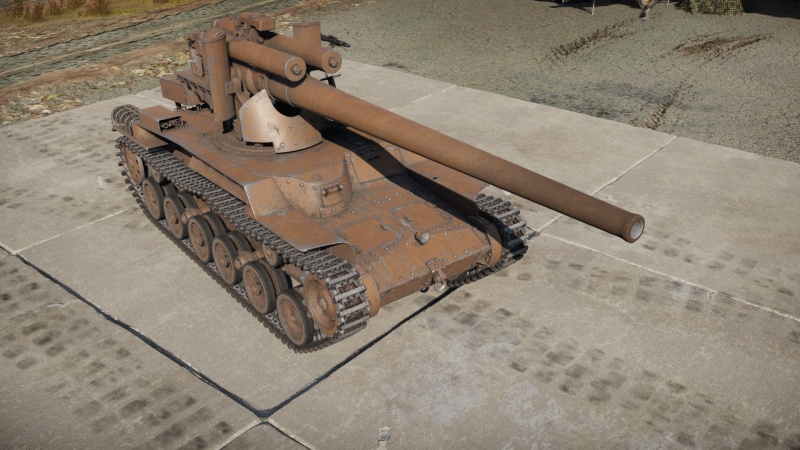 The Type 97 Chi-Ha Long Gun is a rank II Japanese tank destroyer with a battle rating of 2.7 (AB/RB/SB). It was introduced in Update "Raining Fire".

This gun shouldn't be confused with the one on the Chi-Ha Short Gun, while said Chi-Ha has a short gun meant for transport ships on anti submarine & close range fire range, the 12cm/45 10th Year was used as coastal emplacements and outfitted on early Japanese cruisers. It offers a high velocity gun to fling HE over the map with quite an ease. 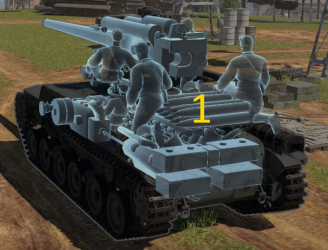 Ammo racks of the Chi-Ha LG

As the Chi-Ha was very structurally sound and is able to withstand high amounts of additional weights while maintaining stable stress-levels and speed. This made it a great testbed for heavier weapons and equipment.

One of these additions/variants was a Japanese Navy Construction Headquarters refit of the Chi-Ha to carry the 12 cm/45 10th Year naval cannon at the end of the war. Information of the development of the Chi-Ha Long Gun is scarce but what is certain is that they were to be constructed in defence of the homeland in-case of the highly probable American invasion, target allied armour and reposition after being shown.

Very slight changes took place with the most notable being the addition of a muzzle brake. The Chi-Ha would be simply used as a moving platform and hence all the default equipment from turret, hull machine gun, radio equipment and other interior pieces were stripped in exchange for ammo storage. The 12cm cannon was bolted on the hull and used similarly to the Archer in practice, firing from the rear to maintain recoil levels while firing.

The crew consisted out of 5 people; the driver, tank commander, two gun crew, and an ammunition carrier. The cannon could elevate 20° and decline to -10°. Operating the cannon wasn't an easy task either due to the set-up of the gun on the plain back of the Chi-Ha. On top of the fire rate of 2 shells per minute, this would take a massive toll once in actual combat.

The first test took place in April of 1945 on mobility and firing. 30 shots were fired at varying distances with upgraded cannon sights, with the longest shot during the test being around 3 km. No discrete information about penetration capabilities were recorded or made it to the post-war reports.

While production plans were approved, no further vehicles beyond the prototype were recorded as being built or near completion by the end of the war.

The prototype recorded by the US was found with the Yokosuka 15th unit and is the only footage on said vehicle.

This curious prototype of a self-propelled gun was discovered in the territory of the Yokosuka naval base after Imperial Japan surrendered in WWII. The 120mm naval gun was installed on a turntable mounted to the chassis of a Type 97 Chi-Ha medium tank. It was obvious, that the self-propelled gun was assembled in a rush - the high losses of Japan in the final stages of WWII and a shortage of military production forced the army and naval commands to look for any way to protect the island metropolia of the Empire from the threat of an Allied landing.

The self-propelled gun did not have any protection, the large calibre of the cannon and the weak platform of the medium tank presupposed firing mainly direct fire and in the rather limited arcs of forward and backward to avoid overturning due to the heavy recoil. Despite all these shortcomings, such vehicles were supposed to go into series for rapid deployment in dangerous sectors of the coastal defense line for the Japanese islands and firing at a line-of-sight distance at approaching enemy forces.