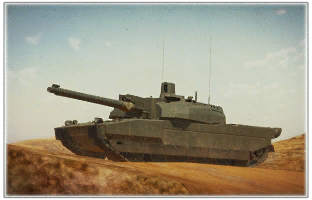 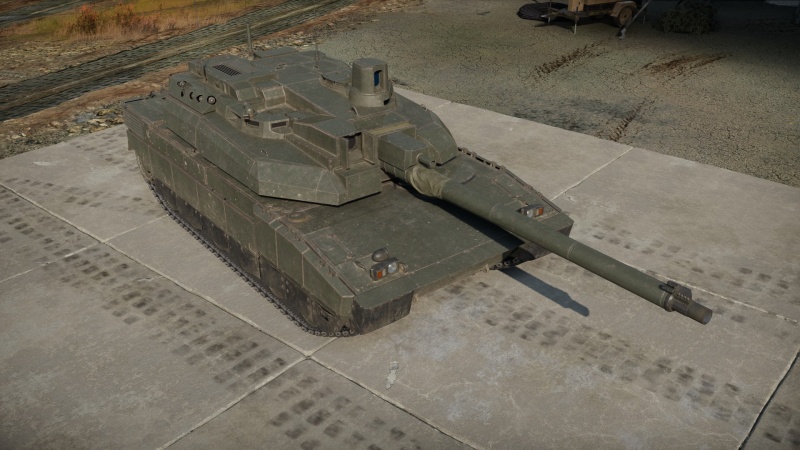 Like its predecessor, the Leclerc S2 is equipped with the CN120-26 F1 L/52 cannon. It can fire three shells: a stock HEAT-FS round, and two APFSDS shells. The OFL 120 F1, which shares the same penetrator as the DM43, slices through over 550 mm of armour past 1 km. Although this isn't as competitive as some contemporaries, it still performs very well against enemy MBTs. The 120 F1 shell also has a velocity of 1,790 m/s which makes for very good ballistics and low bullet drop. Although powerful, the 120 F1 round is a Tier IV modification; like most other MBTs, the Leclerc starts out with a stock HEAT-FS shell. Although powerful against light vehicles and SPAA, the HEAT-FS is redundant against your opponents. You have an APFSDS shell as a Tier I modification, however, one must note that it penetrates only 390 mm of armour even at close range.

Unlike most of its Western contemporaries (excluding the Type 90 and the CV 90120), the Leclerc S2 is equipped with an autoloader. This gives it a flat firing rate of 6 seconds, tied with an aced crew level of the M1A2 Abrams and the Leopard 2. This gives it great follow-up shot potential out of the box without the need for crew upgrading. Also equipped with powerful thermals for the gunner, the Leclerc can pick off unsuspecting targets with great efficiency. 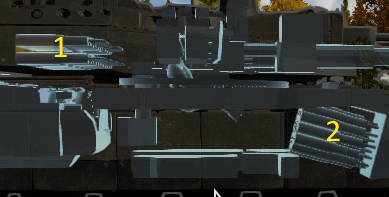 With great mobility and an autoloading 120 mm cannon, the Leclerc can be exploited to fulfil a number of roles on the battlefield. Mobility enables it to get into competitive spots for sniping or ambushing, and the gun's performance enables quick response and follow-up shots to any enemy that appears. Its survivability is best while hull down or poking out from a hill, as most of its vulnerable areas excluding the cannon breech (and sometimes the LFP when poking out from cover) are hidden well enough. Try to avoid close quarters combat (CQC) as the Leclerc's numerous hull weak spots can be easily seen and targeted in urban environments. If CQC is inevitable (i.e. Rhine, Sweden, Novorossiysk), then the Leclerc can be used to ambush distracted tanks and poke out of cover. When shot at or damaged, use your smoke grenades to retreat into cover. 14 smoke grenades give two separate discharges, or if discharged all at once, provide 360 degrees of smoke for you to retreat behind.

The Leclerc Série 2 Tranche 6 was the 9th version of the Leclerc (counting prototypes) which had minor improvements compared to the previous Leclerc Série 1 Tranche 2-5. It featured an increase on the commander's optic periscope armour to STANAG 3. Air conditioner was added as well as lockable baskets and boxes on the turret's bustle. A wave deflector was added at the frontal plate as well as addition of one piece rubber plating on side skirts. Later models of the S2, more specifically the Leclerc S2T9, were retrofitted with V5 tracks instead of V2 tracks as well as a new General Purpose Sight (gunner's optics) at the end of their life service in order to standardise them for further Leclerc Série 3 also known as SXXI.