Difference between revisions of "HMS Southampton" 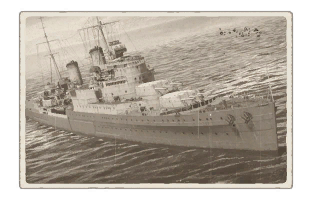 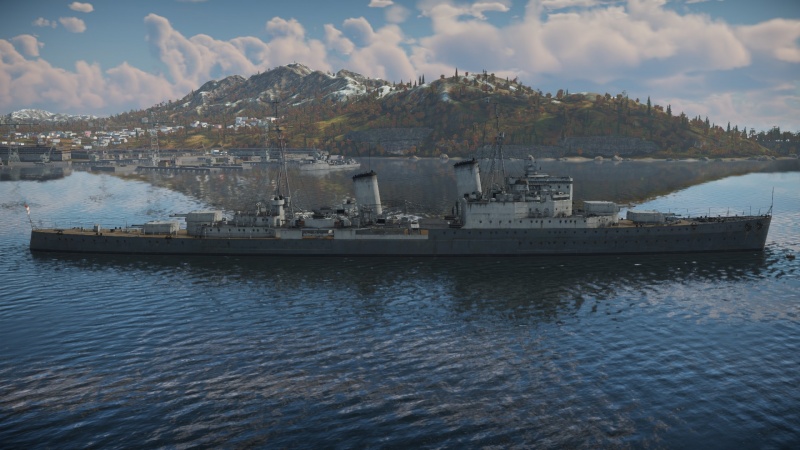 Leading on from the Leander, the Southampton feels like a huge overall upgrade. The main battery now consists of twelve 6-inch guns, in triple-mounted gun turrets, giving this ship a very accurate and very powerful broadside for a light cruiser. Combined with the rate of fire of 8 rounds a minute, this ship can be deadly to other cruisers when its rear guns are brought around. Even with the front two turrets, six shells will be firing off every 7.5 seconds, and with good velocity and accuracy. The Southampton also has very good armour for a British cruiser, with 114.3 mm of armour protecting the ammo racks and citadel, and 63.5 mm of armour protecting the citadel from bow-on bombardment. The main fire tower armour also improves, making the ammo on this ship tricky to hit even for 8-inch guns. The ship also upgrades to the Mk. IX torpedoes, which have good speed and great distance, giving it good anti-cruiser screening capabilities.

The Southampton does have noticeable drawbacks. Firstly, it can exclusively face heavy cruisers that can still punch through its armour. In return, its 6-inch guns with the SAP can struggle to penetrate the armour of the stronger cruisers it faces, and it can do nothing if it comes up against battleships. The Southampton's AA armament is also pretty poor. While it retains the 4-inch guns of the Leander, it loses the 20 mm cannons for close-range fire, and only carries a handfull of 40 mm 2pdr guns, and some 12.7 mm Vickers. Also, while being much heavier than the Leander, it still carries around the same number of crewmen, making it quite easy to eliminate this ship with fires and flooding. 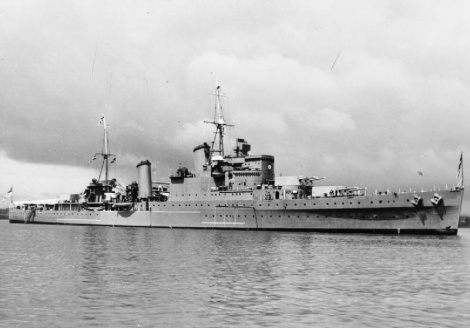 HMS Southampton before her refit in 1937.

The HMS Southampton, pennant number 83, is a light cruiser of the Town class. Launched in 1936, she went on to see service during the Second World War. She initially served as the flagship of the 2nd Cruiser squadron of the Home Fleet, and later participated in several engagements with German vessels. She was reassigned to the Mediterranean in October of 1940. However, in January 1941, she was bombed by Italian aircraft and suffered crippling damage. As a result, she was scuttled with torpedoes from her escorts.[1]

The Southampton was a member of the Town class, a group of light cruisers built in the 1930s. Initially intended to be built as Arethusa-class cruisers, the design was changed after the construction of the American Brooklyn-class and Japanese Mogami-class ships. The vessels were 180 metres long and displaced 11 000 tons, as they weren't regulated by the Washington naval treaty.[2] The ships carried an armament of twelve 152 mm guns in four triple turrets, a big upgrade from the six-gun Arethusas. The ships also carried numerous anti-aircraft defenses, and two triple torpedo launchers. She was capable of 32 knots (59 km/h).[2]

Following her commissioning, the Southampton entered service with the 2nd Cruiser squadron of the British Home Fleet. After the outbreak of the Second World War, she participated in the hunts for the German merchant Johannes Molkenbuhr and the battlecruisers Scharnhorst and Gneisenau. During this time, she was damaged twice; first by a 500kg bomb while she was laid up at Rosyth, and later by a German air attack off the coast of Norway.[1]

In November of 1940, Southampton sailed for the Mediterranean. She later participated in the Battle of Cape Spartivento and escorted resupply missions to Malta. However, on January 11th of 1941, she was attacked by twelve Stukas of the Luffewaffe. Hit by two bombs, the ship caught fire and suffered severe damage. With 80 sailors dead and no electrical power, the decision was made to scuttle the ship. Thus, she was sunk by four torpedoes from the cruiser Orion and a single torpedo from her sister ship Gloucester.[1]