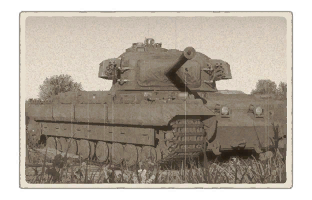 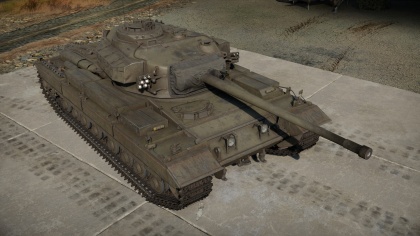 The FV 221 Caernarvon is a rank IV British heavy tank with a battle rating of 6.7 (AB/RB) and 6.3 (SB). It was introduced along with the initial British tree line in Update 1.55 "Royal Armour". Featuring heavy armour on the hull with a Centurion Mk 3 turret, the Caernarvon provides adequate armour, mobility with the bite of a 20-pounder. The variant featured in the game is the Mark II, the experimental series with the 20-pounder whereas the Mark I was the initial prototype with a 17-pounder instead. 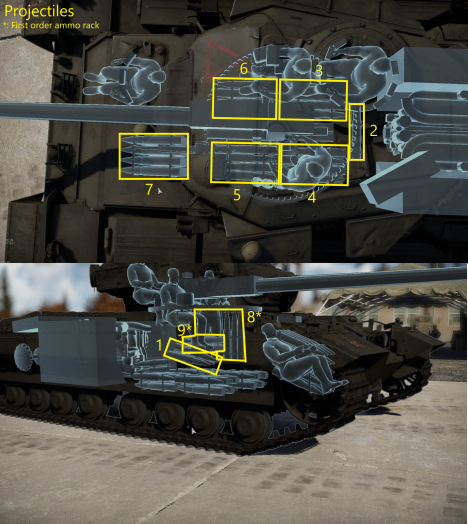 Ammo rack of the Caernarvon (May be outdated)