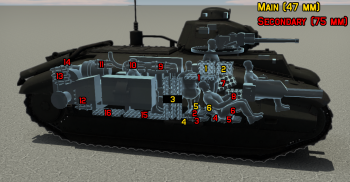 Three prototypes were partly completed before France fell in 1940. The ship evacuating them to Britain was sunk by German aircraft.