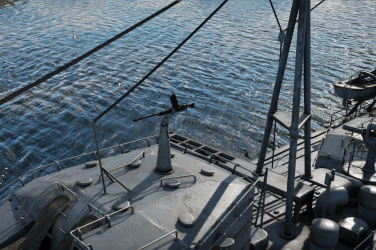 The 13.2 mm Type 93 is a Japanese heavy machine gun used on naval vessels. The Type 93 is a license-produced version of the French Hotchkiss Mle 1930.

The Type 93 (13.2 mm) was a license-built French Hotchkiss M1929 heavy machine gun which saw wide use with Japanese forces. First licensed units were manufactured in 1935, reaching 1,500 units a month by 1944. Type 93 saw extremely wide use in Imperial Japanese Navy but was also used by the Imperial Army as a stand-alone heavy machine gun (primarily in anti-aircraft emplacements) or equipped on vehicles, such as Type 92 Tankettes.