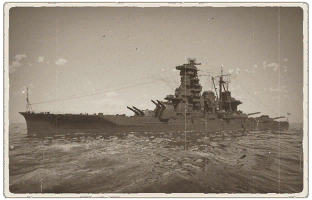 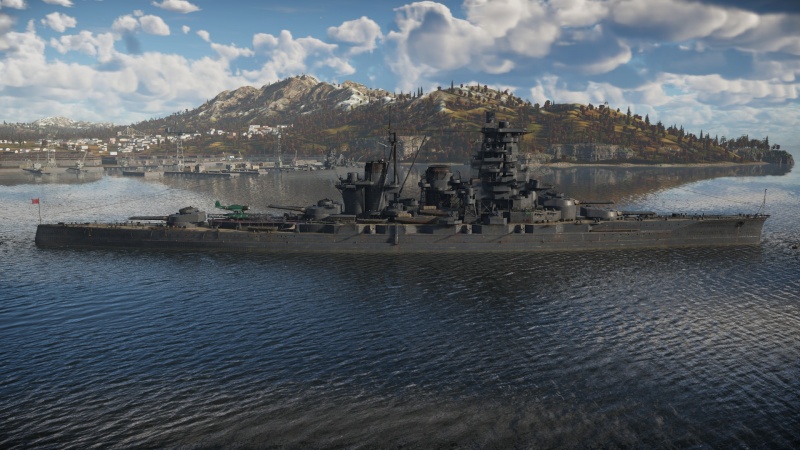 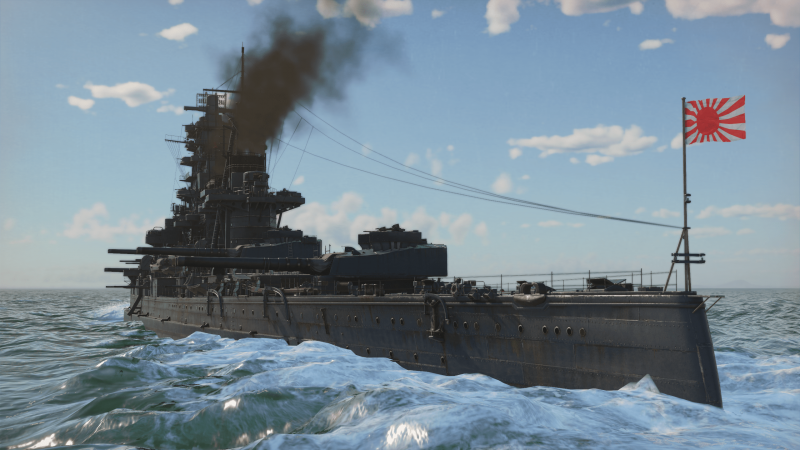 Located between the aft main turrets is a deck area and catapult for one Aichi E13A1 scout plane which provides unique offensive and defensive abilities, expanding tactical options. Ship-launched scout planes fly just like regular tree units but lack munition choices and cockpit views. The E13A1 is equipped with a 7.7 mm Type 97 defensive machine gun and a formidable load of 4 x 60 kg bombs. It also has the scout plane ability to cap zones and lay down smoke cover (up to 3 times). Captains will be wise to remember to utilize the aircraft and consider when best to use it, for example to cap a point early or late in the match, to create a smoke screen to stymie enemy bombardment and repair, to attack enemy units directly, or perhaps something completely new! Carrying a heavier bomb load than most other scout planes, this unit has a very good chance to sink enemy boats or even a destroyer.