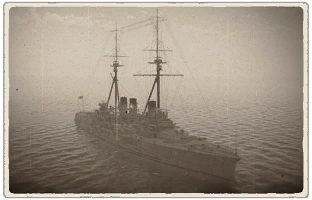 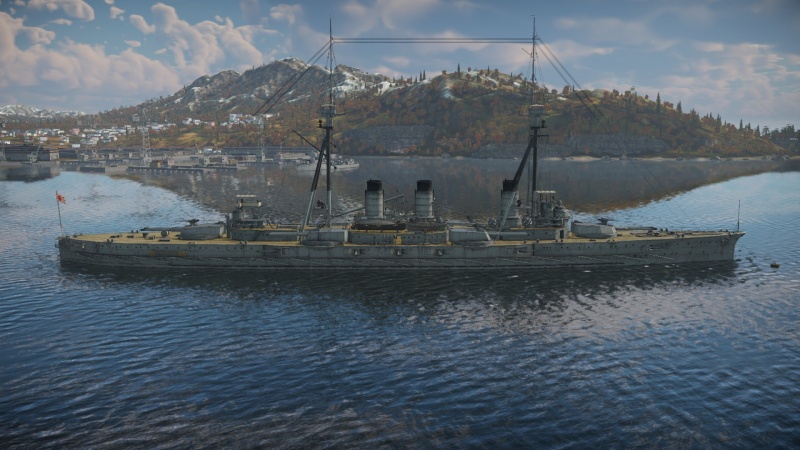 The Kawachi-class, IJN Settsu, 1920 (摂津, namesake: Settsu Province) is a rank V Japanese battleship with a battle rating of 6.3 (AB/RB/SB). It was introduced in Update "New Power".

Following the end of the Russo-Japanese War in the early 1900's, the state of the IJN was generally perceived to be unsatisfactory by high ranking Japanese officials. Furthermore, in terms of quantity and quality, the Japanese navy was lagging behind other naval powers such as Great Britain or the United States. In addition to all this, a severe economic recession following the war greatly reduced Japan's ability to build new warships and expand its naval power.

Settsu was laid down in January 1908 at the Kure Naval Arsenal, launched in March 1911 and completed in July 1912. During WWI, Settsu served alongside her sistership, but seeing only limited action. In 1919, Settsu was put in reserve, receiving an overhaul before being disarmed in 1922 under the terms of the Washington Naval Treaty.

Shortly after, Settsu was converted into a target ship, keeping this role throughout the interwar period as well as WWII. In the end, Settsu was badly damaged by an Allied air raid on Kure in July 1945, leaving the ship beached. The ship's hulk was subsequently raised and broken up for scrap in the immediate postwar years.