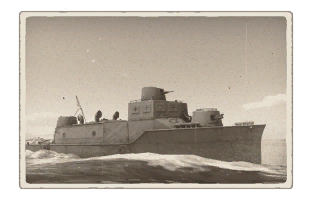 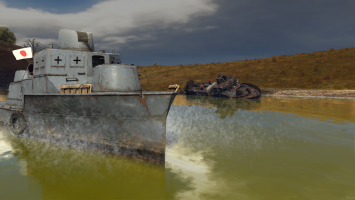 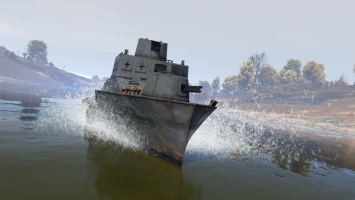 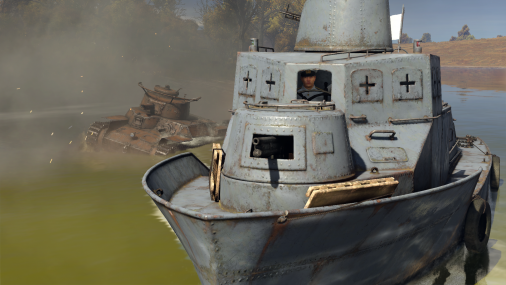 This boat is equipped with the 57mm Type 97 tank gun, which is functionally very similar to that found on the I-Go Ko and Chi-Ha tanks, though it has some slight ballistic differences. For the Soukou-Tei though it's a fairly underwhelming weapon. It will do significant damage to smaller boats when the shot lands but landing a shot is the hardest part. It comes with three different rounds: 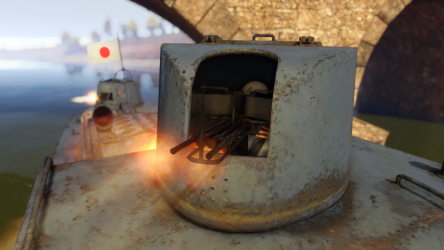 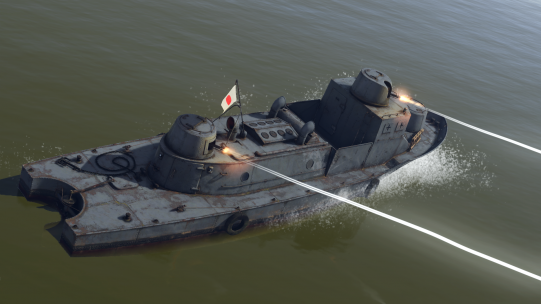