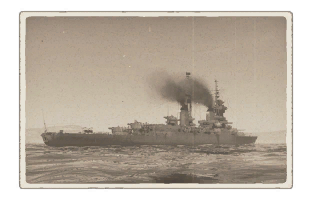 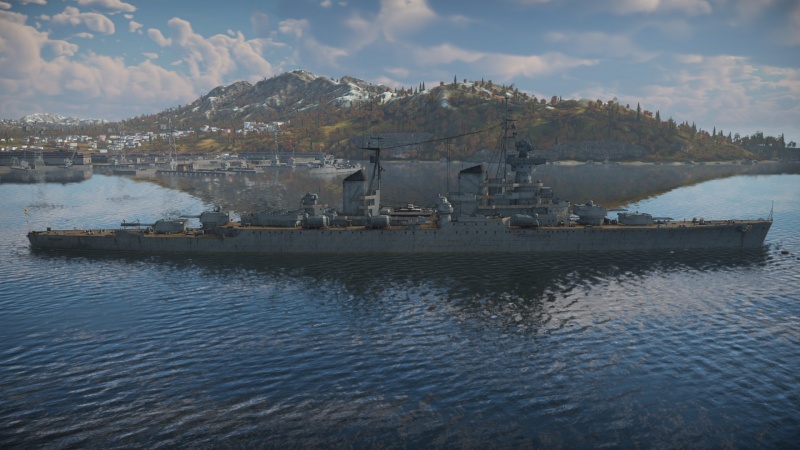 The Soviet Cruiser Sverdlov underway in 1974.

The Soviet cruiser Sverdlov was the lead ship of the Sverdlov class of light cruisers built for the Soviet navy in the 1950s. Being conventional cruisers, they were designed to function as bluewater ships with the ability to perform commerce raiding duties if required, similar to the German pocket battleships and battlecruisers. The ships inherited the hulls of the previous Chapayev class, but carried an improved armament and new sensor systems. Sverdlov was commissioned in 1952, and spent most of her operational career making visits to various foreign ports and countries. She was eventually retired in the late 1970s and scrapped shortly before the collapse of the Soviet Union.

After the construction of the Chapayev class (Project 68), the Soviet Union began the development of an improved iteration of the ship, to be known as the Sverdlov class or Project 68bis. A total of 40 ships were intended to be built, along with the larger Stalingrad-class battlecruisers and Soviet aircraft carriers. As well, the ships were intended to be capable of commerce raiding, as shown by the conspicuous success of the German commerce raiders during World War II. As a result, the ships were the largest cruisers ever built by the Soviet navy up to that time (and largest until the introduction of the Kirov-class battlecruisers), displacing 16 640 tons. Because the Soviet Leader Stalin had been a supporter of the program, his death in 1953 saw the total number of ships cut to 14. The lead ship, Sverdlov, was laid down in October of 1949 and completed by May of 1952.

Sverdlov displaced 16 640 tons full and had a crew complement of 1250 officers and men. Her main armament consisted of twelve 6-inch (152 mm) guns in four triple turrets, similar to the British Crown Colony-class and American Cleveland-class. Despite this, the Sverdlovs were still inferior in armament to the American Baltimore-class and Des Moines-class cruisers that were then in service. The ships had a heavy anti-aircraft battery of twelve 100 mm guns in twin turrets, and 32 37 mm anti-aircraft guns in twin turrets. The ships also carried two quintuple torpedo tubes on their beam. Powered by steam turbines developing 118 000 shaft horsepower, the Sverdlov could make 32.5 knots (60 km/h) and had a range of 9000 nautical miles.

The Sverdlov joined the Soviet 4th Fleet in 1952 after her commissioning, and soon after attended the coronation review of Queen Elizabeth II at Portsmouth. Soon after, she visited Portsmouth again as well as the Dutch port of Rotterdam. She received a major overhaul in 1960 before being laid up and decommissioned. In 1972, she was reactivated again, and visited several European ports before being retired one final time in 1978. By this time, the gun-cruiser nature of the Sverdlovs had made them highly obsolete. As a result, she was sold to an Indian ship-breaker company in 1991, and scrapped by 1993. Out of all the Sverdlov-class cruisers, only Mikhail Kutuzov survives to this day as a museum ship.