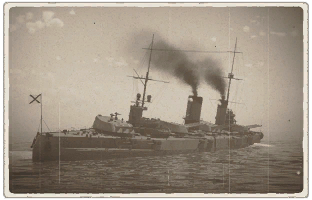 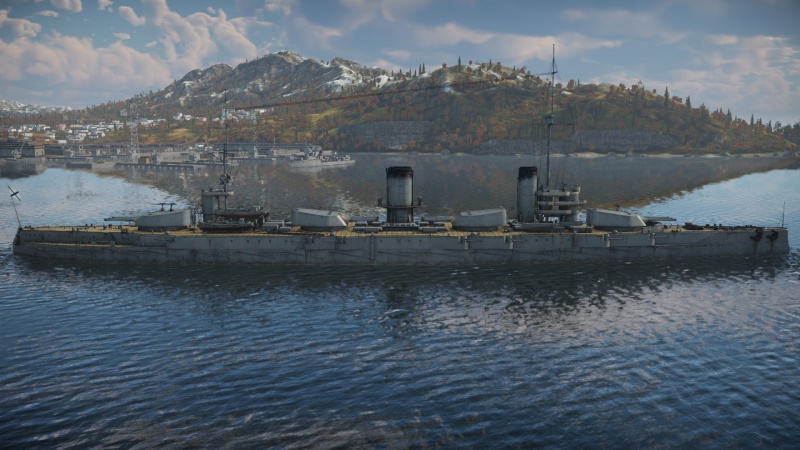 The Sevastopol-class, Poltava, 1914 is a rank V Soviet battleship with a battle rating of 6.7 (AB/RB/SB). It was introduced in Update "New Power". With twelve 12-inch (305 mm) guns it packs a punch compared to other Soviet battleships.

The Poltava is equipped with twelve 12-inch/52 pattern 1907 cannons in four turrets in triple mounts. The Poltava's rate of fire is slightly worse at 1.8 rounds per minute, compared to 2.2 rounds per minute found on the Parizhskaya kommuna. The cannons can use three types of shells: HE, APCBC and SAPCDC. Unlike the Parizhskaya kommuna, the Poltava does not have access to the better Pattern 1928 HE shell.