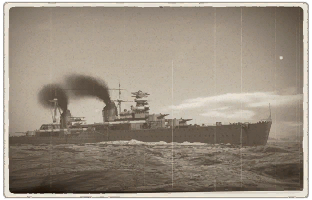 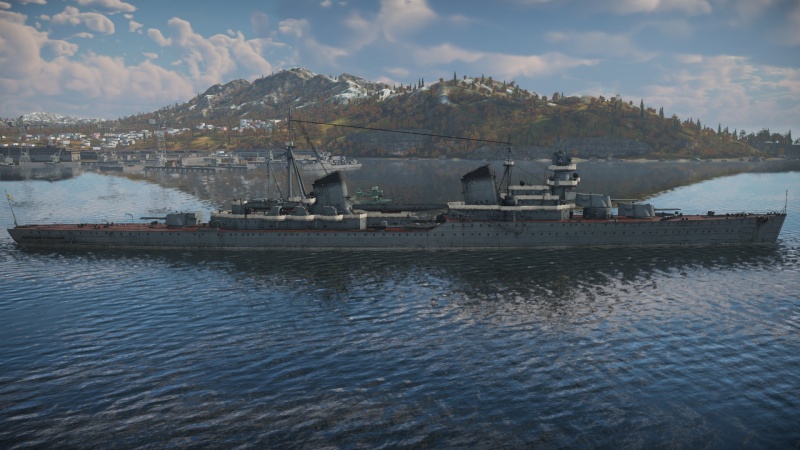 As with the other Kirov-class cruisers, the Maxim Gorky is best described as an oversized light cruiser. She dwarves most of the other proper light cruisers and rivals the size of a heavy cruiser (just shorter than Mogami-class heavy cruisers by 13 m). The Gorky's size is essentially a double-edged sword: it can be easily targeted at any ranges, yet it's very survivable despite only having a simple 70 mm of citadel armour, this is because most of the Gorky's critical components (such as main battery ammo racks and engines) were located inside the citadel sitting just below the waterline. This essentially turned the whole upper hull into a huge bullet sponge that can contain a lot of damage, save for a well-struck shot. Other than the citadel armour, Gorky's main turrets are also covered with 70 mm of armour to protect it from HE shells.

However, as mentioned above, Gorky lacks any substantial anti-fragmentation armour to protect her crew from incoming fire. This is essentially her Achilles' heels as she can be overwhelmed by several enemy ships firing HE shells at her. She is also vulnerable to bombs and torpedoes due to lack of hull armour as well.

It is faster than similar ships by a few km/h, but it still isn't a great advantage.

The main cannons of the vehicle are good and should be used as its main weaponry in comparison with other ships that have good secondary armament. The best tactic would consist on staying behind cover to prevent being killed by torpedoes and paying attention to planes flying nearby because of the lack of good AA. The main armament has an excellent rate of fire, so it is possible to run out of ammo.