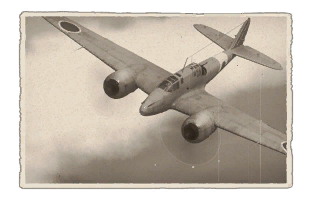 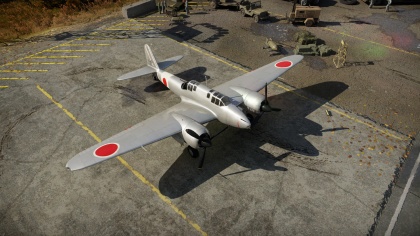 The first variant of the Ki-45, the Ki-45 ko, features the least "hard-hitting" armament of the series. Wielding two Ho-103 12.7 mm machine guns and one Ho-3 20 mm cannon, this aircraft is the best suited for dog-fighting as it has the largest total ammunition pool out of all the Toryus. Sitting at tier 1, this beast is more than capable of shooting down anything it may face.

The Ki-45 also has a very good turn rate, unlike other heavy fighters. Although the aircraft itself is large and presents an "easy target" in many players' minds, the Ki-45 is rather nimble. Use this to your advantage when engaging enemy aircraft. Unfortunately, the Ki-45 is a heavy fighter, meaning its turn time is still not on par with other aircraft such as the F2A-3. In certain cases, the Ki-45 pilot may have to rely on his or her tail gunner to get the job done. The "ko" version of the Ki-45 features a 7.92 mm Type 98 machine gun with 1050 rounds. Although lacklustre, with shot placement it is possible to destroy enemies on the aircraft's tail. Aim for the pilot or the engine, as those are generally the weakest points on most aircraft. If the tailing enemy is a bi-plane, aim for the wings since they are very fragile.