Difference between revisions of "IJN Kuma" 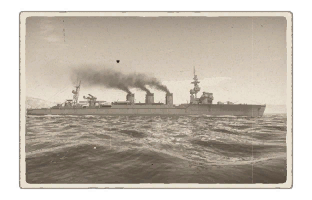 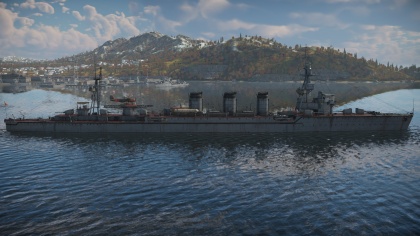 Due to the expectation that the Tenryū-class cruiser wouldn’t perform to the satisfaction of the naval command in its role of leader and the appearance of newer and faster destroyer types, with which the Tenryū wasn’t able to keep up with, the shortcomings of the Japanese small cruiser concept became evident. These shortcomings were further emphasized with the advent of the large American Omaha-class light cruiser, capable of easily outgunning the Tenryū-class.

Kuma, the lead ship of her class, was laid down in August 1918, launched in July 1919 and subsequently entered service with the IJN the following year, in August of 1920. Immediately after her commissioning, Kuma was deployed as part of the Japanese intervention in Siberia against Bolshevik forces.

During the early 1930s, Kuma underwent a significant refit and later took part in hostilities during the Second Sino-Japanese War, patrolling off the coast of China and assisting in landing operations.

Following the attack on Pearl Harbor, Kuma participated in the Invasion of the Philippines and would remain stationed there until August 1942. After a brief refit in September, Kuma joined the Dutch East Indies and New Guinea campaigns, being tasked with transporting troops and patrolling the local waters until late 1943.