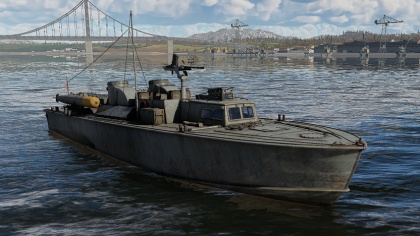 Type T-38 have one 25 mm Type 96 cannon with 15 cartridges in magazine with a good fire rate and excellent damage. The weapon is placed on top of the boat which provides you 360° field of view. Most effective range is up to 1000 metres. After that, it becomes inaccurate but you can still damage your opponents. You can choose between Universal, HEI and APT ammo.