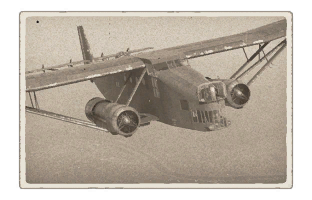 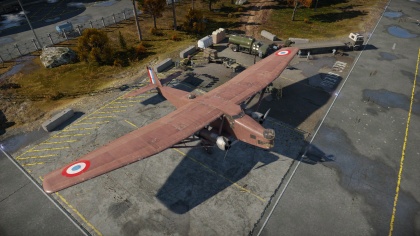 The Farman F.222.2 is the first French bomber in the tech tree lineup. Most nations in War Thunder start with small to medium two-engined bombers which can drop a few bombs, though the Italians step it up with the three-engined S.81 bomber; however, this does not come close to the French. Showing up to dominate the early ground-pounding scene, the F.222.2 is the biggest, heaviest, least manoeuvrable, and hardest hitting bomber early in the game, at a measly battle rating of 1.3. This massive bomber’s empty weight is more substantial than the Italian S.81’s loaded weight!

With a huge target to fend off incoming fighters, the F.222.2 is not without any defences. This bomber is protected by three turrets: one ventral, one dorsal, and one in the nose. All three turrets feature a single Darne Mle 33 7.5 mm machine gun. It may not seem like much, though against small fighter aircraft which lack any armour, chances are the gunners will rupture the fighter’s engine, oil coolers, water coolers, fuel tanks, or even incapacitate the pilot leading to an aerial victory. Fighters looking for a fast and “free-kill” when going after the F.222.2 should think twice before just rumbling up on the bomber’s doorstep, as they may find themselves on a one-way trip to the ground in a heap.

The F.222.2 can be outfitted with the following ordinance: 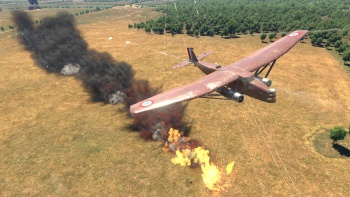 Game style will change depending on the type of bomb payload chosen. For usage on early maps without bases, the 52 G.A.M.Mn bombs will be the payload of choice. These small bombs used from a low altitude provide a scatter effect, where they can be dropped in a column, allowing for convoys of vehicles or multiple cluster sites of artillery to be bombed in one run. Utilising the 50 kg bombs from higher altitudes against vehicles is discouraged, as they tend to scatter out of the effective explosive range of the bombs by the time they get to the ground. Low bombing runs against vehicles hits them before they have time to scatter.

Conversely, the larger bombs tend to be less effective against small vehicle targets, especially from higher altitudes which give them time to scatter and move out of the effective explosive range. The 100kg, 200kg, and 500 kg bombs are very effective against stationary and hardened targets such as AAA sites, pillboxes, and bases. Base bombing is very effective from higher altitudes, especially if there is fighter escort which will help provide the bomber time to get to the site and drop its payload.

The F.222.2 has decent turret coverage when it comes to defences. With one turret in the nose of the aircraft and the other two located at the dorsal and ventral positions, the bomber is capable of defending itself from attacks from multiple angles. Early fighters typically do not have any armour protection. As such, if they approach from the rear of the F.222 2, they are likely to take critical damage. Be aware of fighters approaching from the side, since there are more blind spots from this angle. From here, they will be targeting either the engines or the wings which contain huge fuel tanks. Do not be afraid to chase or saddle up next to enemy fighters in order to give the turret gunners a chance to unload on the fighters and potentially score an aerial victory. 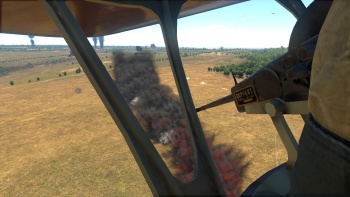 The F.222.2 is a heavy hitting bomber with okay manoeuvrability at low altitude and low airspeed, and can carry a staggering 52x50 kg bombs while still in stock configuration. Combined with its frequent presence in Ground Strike matches with only light vehicles, it will make short work of any (or even all) groups of armoured cars and SPAA it crosses paths with, in addition to destroying an opposing team's entire complement of AAA and artillery in short order.

It is important to match the altitude flown with the payload type chosen as lower altitudes (100 - 500 m or even lower) when utilising the 50 kg bombs against moving targets, whereas higher altitudes are preferred when utilising larger ordinance against stationary targets. On maps where controlling an airfield is key, do not be afraid to "carpet bomb" the runway to prevent enemy aircraft from taking over the airfield or out-right destroy those which have landed. Be aware of friendly aircraft which may also be on the runway as the bombs do not discriminate who they damage/destroy.