Difference between revisions of "Do 335 A-0" 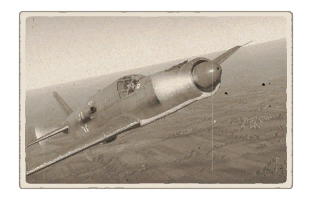 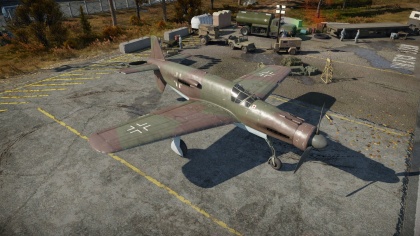 The Do 335 A-0 is a Rank IV German heavy fighter with a battle rating of 5.0 (AB) and 5.3 (RB/SB). It was introduced in Update 1.57 "Battle March." This pre-production run does not feature payload options, unlike the A-1 series. Fortunately, this difference is favourable for the A-0 as it features superior aerodynamics and henceforth better top speed, despite only running on the 50PS weaker DB603A (PS = metric horsepower).

Contrary to popular belief, the Do 335 "Pfeil" is not a "super prop". The initial design was a "Schnellbomber" (speedy bomber), but with the start of the emergency fighter program, most bomber contracts were shelved to increase fighter production. At Dornier, the idea arose to reconfigure the current bomber design into a heavy fighter to exploit the failure of Focke Wulf's Ta 154 "Moskito".

Consequently, flight agility is mediocre, lending itself in feeling to Dornier's previous heavy fighters: Do 17 Z-7 and Do 217N, both of which were also originally designed as bombers. The exception to this trait is the fantastic roll rate, accomplished by boosted ailerons as seen on the Ta 152 H-1.

Redeveloped as a multi-role fighter in late 1942 after the original design as a bomber was canceled, the Do 335 Pfeil carried a pair of the largest piston engines Germany created during WWII, the DB603 series of inverted V12. The inline design was intended to give dual-engine power but without the parasitic drag that the usual wing-mounted arrangement suffered. By May of 1944, the Do 335 was recognized as such a superior aircraft, with good handling and unmatched speed, that Hitler ordered maximum priority to be given to its production. But Allied bombing campaigns forced Dornier to bring up a new plant to handle production, and the delay meant less than 30 of the aircraft were built and flown before the end of the war.

Only one Do 335 survives today: an A-0 variant, currently on display at the Udvar-Hazy National Air and Space Museum near Dulles Airport in Virginia, USA.