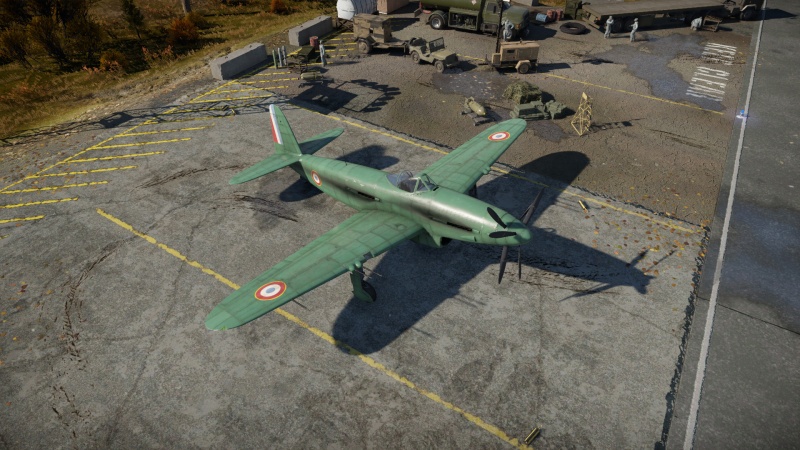 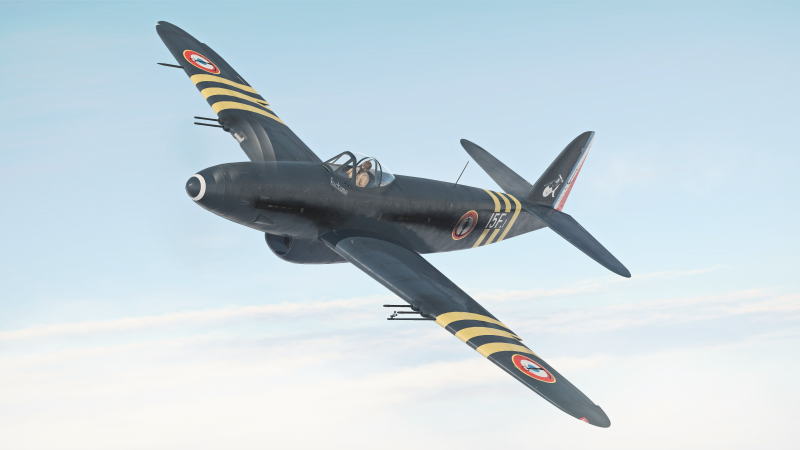 The four cannons are arranged in bundles of two mounted in each wing. Each is armed with the same amount of ammunition, which means that all guns will fire with each other until empty.

The VB.10C-1, like most heavy fighters, is reliant on side climbing to engage enemy fighters, however this isn't the only way to play the VB.10C-1, if you decide to side climb and wait for enemy planes to drop down to lower altitudes they will find themselves in peril when a experienced pilot in a VB.10C-1 comes booming past with its quick dive rate and deadly armament of 4 x 20 mm Hispano 404 cannons. The best tactic when flying solo is Boom & Zoom and play as the team's support fighter, as its great acceleration and heavy weight can allow you to make fast attacks against unsuspecting enemy fighters at lower altitudes that are pre-occupied with fighting friendly aircraft. The heavy weight can also help carry the planes speed when extending and helps retain a bit of speed when going back into a climb, be aware however that the VB.10C-1's size and weight makes it a considerable target if you happen to miss your engagement. The best tactic when flying in a group of two or more is to help teammates that are struggling in a dogfight with enemy fighters, as a large target the VB.10C-1 can distract enemy fighters and outrun most using its advantage in weight and energy which allows teammates to slide onto the enemies six o'clock and finish them off.

If you need to do a quick turn, set combat flaps and reduce the power of the engine to around 50%, then turn and close the combat flaps when half-finished with your manoeuvre. Be aware that turning in the VB.10C-1 is a way to intentionally or unintentionally bleed off any built-up energy. Conserve energy when possible in the VB.10C-1 as it lacks the capabilities to dogfight other fighters in fast or slow turning engagements.

The Arsenal VB-10 was a continuation in development from the earlier VG-33 aircraft designed during the early war period but unable to be manufactured in great numbers before the Battle of France which began in May 1940.

Under the Vichy government, the prior prototypes were reconsidered, and updated designs needed to be produced. Thus, the VB-10’s distinctive design of liquid cooled tandem engines were born. This was a method of circumnavigating the lack of a 2,000 HP engine with two 1,000 HP engines[1]. The new design was higher performance than two similar American interceptor projects; the XP-62[2] and XP-67[3], the twinned engine system producing a higher top speed and competitive rates of climb and service range during a test flight in July 1945.[4]

An initial order for 200 aircraft was placed after a test flight of the second prototype in September 1946 to enter service post-war, though this was reduced to 50 within three years. The first VB-10 took flight on 3rd November 1947 with Hispano-Suiza HS 12Z Ars 15/16 engines and the now standard armament for the prototype, four 20 mm cannons, replacing the prototypes' prior 23.7 mm machine guns.

The order was cancelled in September 1948 after just four of the aircraft were completed and tested. During the tests, mechanical failures caused two serious crashes, one of which was fatal and the aircraft were scrapped. The French Air Force would rely on foreign Allied fighter aircraft until the national production of jet-powered fighters began.[4]