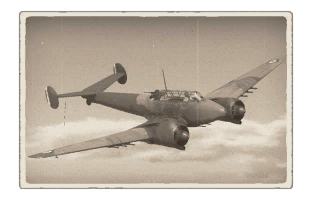 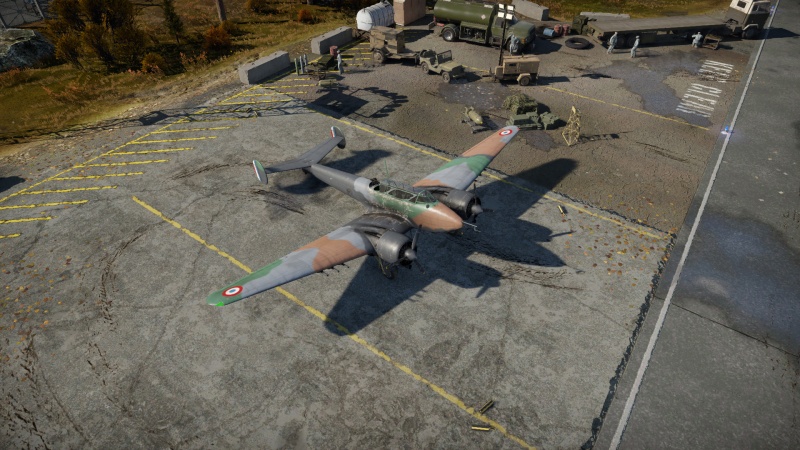 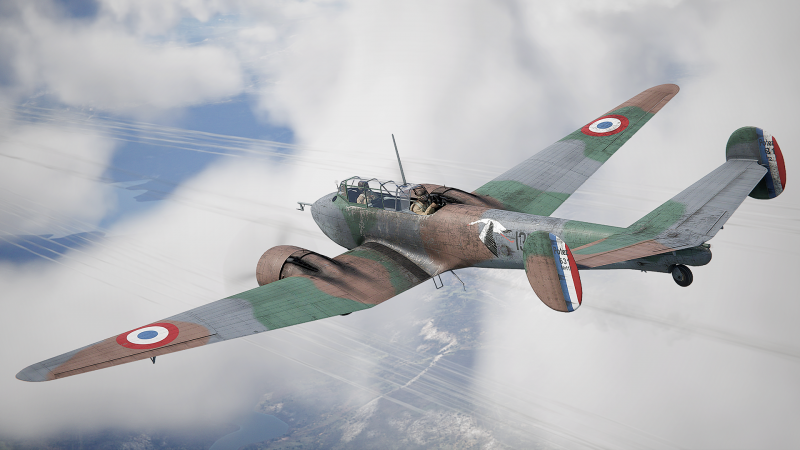 The Potez 631 is a rank II French twin-engine fighter with a battle rating of 2.7 (AB), 2.3 (RB), and 2.0 (SB). It was introduced in Update 1.73 "Vive la France" along with the initial French aviation tree. Its armament features the last-ditch French effort to upgrade the aircraft before the outbreak of hostilities, equipped with 2 x 20 mm underbelly cannons and 6 wing-mounted 7.5 mm machine guns, along with a single 7.5 mm rear-facing defensive turret.

The SNCAN Potez 631 was the second production variant of the Potez 63 project, which was a project intended to provide France with modern heavy fighter capabilities and which eventually led to one of the most prolific and versatile series of combat aircraft to be built by the French aeronautical industry at the beginning of World War II. The 63 series, originally conceived in 1934, yielded not only strategic fighters but also light bombers as well as attack and reconnaissance planes, resulting in the production of more than 1,100 aircraft of different variants in the series by June 1940. This elegant aircraft remained in active service during the German occupation, and approximately 250 additional planes built in that period were used by the Luftwaffe as transport and liaison aircraft of the Vichy Air Force, the Italian Regia Aeronautica, and of the Romanian Air Force.

The Potez 631 has no armour and is relatively fragile, and highly vulnerable to damage from the front which makes it less-than-ideal as a high-level interceptor. There are 2 self-sealing fuel tanks; one close to each wingroot.

The cannons are arranged in the belly of the fuselage right under the pilot's seat. The machine guns are wing-mounted, three guns in each wing.

Universal ammunition belts are the preferred loadout for both weapons in most cases, although the extra armour-piercing capabilities of the ground target belt for the cannon will work effectively against both armoured ground targets and aircraft for penetrating engine blocks. A short-burst of both cannon and MG fire at convergence range will mortally wound or destroy any opponent of equivalent rank. Recommended convergence settings: 300 m for high-energy fighter engagements, 400 m for boom-and-zoom bounce tactics against fighters/bombers/attackers, 500 m for ground attack.

The Potez 631 can be outfitted with the following ordnance:

The Potez 631 can be armed with 2 x 100 No.1 bombs (118 kg each, with an explosive mass of 50 kg allowing for an armoured target destruction radius of 4 m) mounted under wing between the fuselage and each engine.

The Potez 631 is best used as a mid- to low-altitude energy fighter. The sluggish climb, poor performance above 16,000 feet and vulnerability to frontal damage limit its effectiveness as a higher-altitude interceptor, while the stability and surprising manoeuvrability at high speeds make it ideal for diving on vulnerable targets at low altitudes and then extending away to begin the slow climb to set up for another pass. If you attract the attention of an enemy fighter, do not attempt to climb away or to execute any advanced manoeuvres such as loops or chandelles, as the Potez 631 bleeds energy at an exceptional rate in any kind of a climb. Just stay level with the throttle wide open and let the dorsal gunner ward off trailing attackers until you can safely begin a shallow climb to set up for re-engagement. Pilots with solid gunnery skills who can accurately gauge convergence distance can excel in this aircraft with six converged guns and two centreline cannons delivering a high volume of lethal ordnance to a small targeted area.

In 1934, the French Air Ministry issued a requirement for a new twin-engine heavy fighter, capable of both day-fighter and night-fighter roles. The original Potez 630 prototype was designed to fulfil this role, while the Potez 631 was a re-engined variant of the 630 prototype. In July 1937, an initial order for 40 Potez 631 day-fighters was placed by the Air Ministry, and on August 2nd 1938, the first Potez 631 was accepted by the French Air Service. The aircraft was immediately used to re-equip units using the obsolete Les Mureaux 113 fighters then being used as night figher aircraft.

By the outbreak of the Second World War, the Air Service had 88 Potez 631 aircraft available, as well as many aircraft of other variants. The aircraft was brought into service in large numbers to replace the large numbers of D.500 and M.S.225 aircraft being retired from active duty. However, as soon as the aircraft was pressed into service against the Germans, it was highly evident that the aircraft was ineffective in its role. It could barely keep up with German bombers such as the Ju 88, let alone the Bf 109 and Bf 110 fighters the aircraft was commonly fighting over the skies of France. As a result, the aircraft suffered heavy losses; the most successful squadron, F1C of the Aéronavale, managed 12 kills for 8 losses before being withdrawn from combat.

Following the French Armistice of 1940, the air force of Vichy France inherited 82 Potez 631 aircraft that had been left intact. These aircraft were mostly based in North Africa; however, many were destroyed during Operation Torch. On November 27th 1942, German forces occupied the Vichy air force bases and seized their aircraft. Around 130 Potez 630-type aircraft were taken, and many were sent to Romania for use as target tugs and trainer aircraft. The German forces also resumed production of the type, and built numerous more Potez 630 aircraft for use in transport, liaison and training roles. After the end of WWII, several Potez 631 aircraft were retained for training roles. Of these, three were recaptured examples, and served as trainers with the re-established French Air Force.