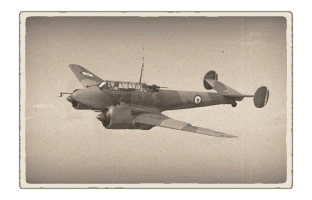 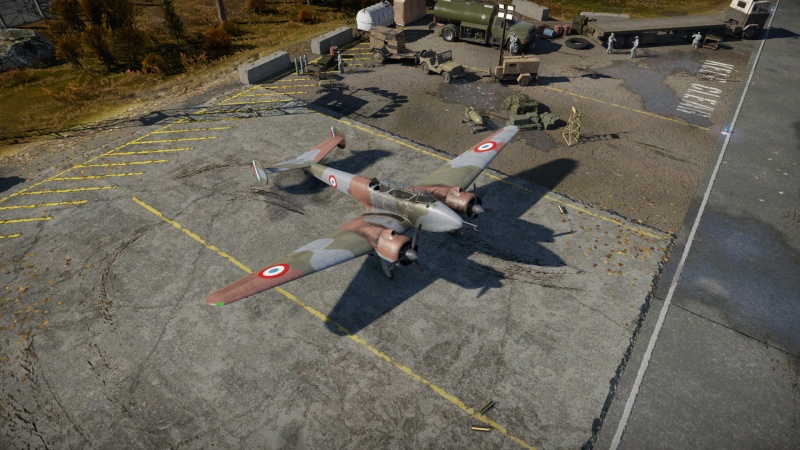 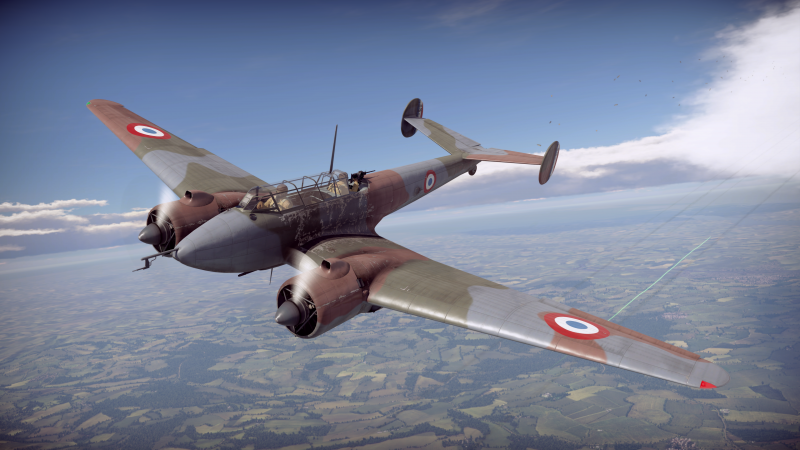 The Potez 630 is best used as an energy fighter. This aircraft is a heavy fighter with a sluggish climb rate. While piloting this aircraft, you will want to stay down in the mid to lower altitudes and dive on targets from those areas. Attempting to climb and shoot will just cause you to be a slow and large target for someone to shoot at. After levelling off from a dive, the Potez 630 will start to lose the energy that was built up and will bleed energy even faster if the plane is taken into a vertical loop or a turn. The key is when reaching the bottom of your dive (whether you hit your target or not) you need to start to climb again in preparation for another dive to build more energy for another attack. If you find yourself low and slow, turn your plane away from the enemy and begin to climb.

The cannons are arranged in the belly of the fuselage right under the pilot's seat. Each is armed with the same amount of ammunition, which means that all guns will fire together until empty.

The Potez 630 was developed to be a multi-role aircraft capable of control/direction, interception/bomber escorting and night fighting, however, it never really measured up to what was expected. This aircraft was originally outfitted with Hispano-Suiza engines (which the current 630 in the game utilises), however, due to problems and poor performance, the French later changed these engines out for Gnome-Rhone 14-cylinder radials. The Potez 630 in the game utilises the weaker Hispano-Suiza engines which in-turn explains why this aircraft has a poor climb rate and energy retention problems.

While the Potez 630 may be lacking in the power department, it does have a very streamlined fuselage and very responsive control surfaces which allow the aircraft to be quite manoeuvrable. Along with manoeuvrability, the 630 is outfitted with two belly-mounted 20 mm Hispano 404 cannons with 90 rounds of ammo each. These rounds can be depleted after about 7 seconds of continuous fire, so short and well-aimed shots should be made. There is a dedicated gunner at the rear which utilizes a 7.5 mm MAC 1934 machine gun. The Potez 630 does not have the option to mount any other weapons such as bombs or gun pods.

The Potez 630's main strength is its twin 20 mm cannons. If used sparingly, they can easily shred enemy bombers, even without modification. In air RB, it is best to immediately start a shallow climb to gain some altitude. Level off at about 3,000 m (10,000 ft.) and begin searching for enemy heavy bombers flying at your flight level or lower. Once you find one, head towards it until you start to follow it. Hold your fire until you are close enough to guarantee a hit. Open fire in short bursts to conserve ammo. The enemy won't last long against 20 mm rounds.

The Potez 630 is also equipped with a single dorsal gunner. While this may not sound like much, it is surprisingly accurate and can easily take down Bf 109s and Ju 87 Stukas that may be tailing you. What ever you do don't let them get under you, as your underside is undefended and fragile.

The Potez 630 was a twin-engined heavy fighter designed and used by the French Air Force during the late 1930s and into the Second World War. Designed as a contemporary to the German Bf 110, the Potez 630 was designed for both day-fighter and night-fighter roles. The Potez 630 saw service during the late-interwar period and into the Second World War, where it proved to be quite ineffective due to its slow speed. After the fall of France, the Vichy french government continued using the Potez 630 for fighter duties; this would continue until mid-1942 when Germany seized all Vichy-French aircraft; the Potez 630 was subsequently relegated to second-line duties and failed to see frontline service for the rest of the war.

In 1934, the French Air Ministry issued a requirement for a new twin-engine heavy fighter, capable of both day-fighter and night-fighter roles. The resulting design became the Potez 630, which first flew in April of 1936 powered by two 580 hp inline engines. The Potez 630 would enter production in 1937, and the French Air Force received their first Potez 630s in early 1930. The Potez 630 also attracted considerable foreign interest, with countries including the Republic of China, Greece, Romania and Switzerland placing orders for the aircraft.

Following the outbreak of war, the Potez 630 was employed against German air units; it was at this point that the Potez 630 proved to be a highly-ineffective interceptor. The aircraft was slower than many of the German bombers that it was designed to intercept (i.e. the Ju 88) and much slower than German fighters such as the Bf 109 and Bf 110. Following the fall of France, Potez 630s were employed by the Vichy France air force and fought the Allies during Operation Torch; following the seizure of Vichy French assets in 1942, all Potez 630 aircraft were relegated to non-combat roles. In total, 88 Potez 630 aircraft were built.