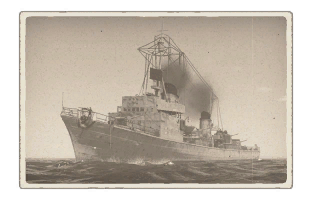 The Type 1939 is a really capable destroyer with effective anti-ship capabilities best used supporting allied ships and destroying light vessels or lightly armoured destroyers. The Type 1939 has good manoeuvrability but it has some trouble fighting ships at its BR because of its unnusual gun calibre, so the best tactic is to dodge and attack in short bursts.