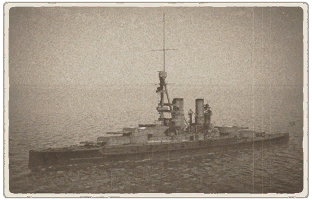 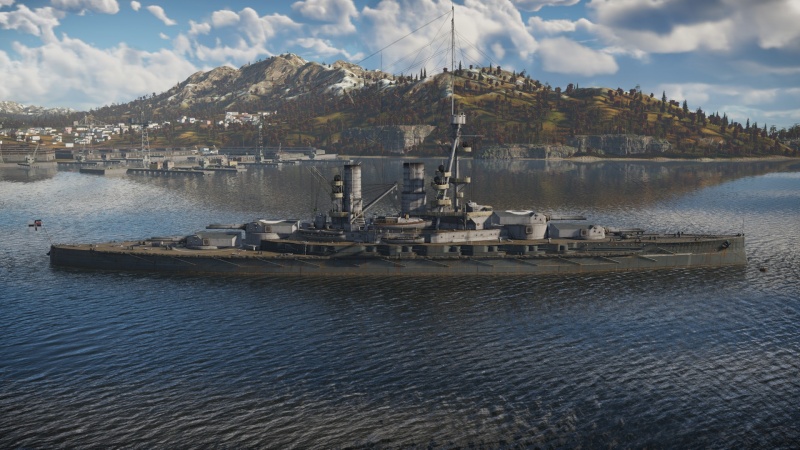 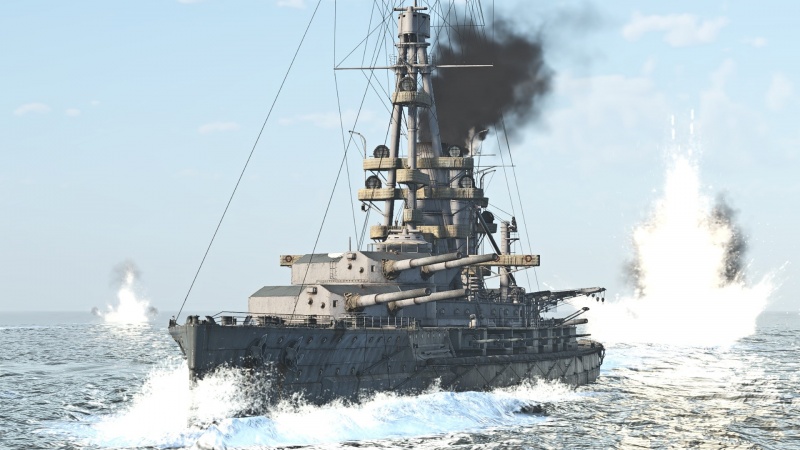 The Bayern-class, SMS Bayern, 1916 is a rank V German battleship with a battle rating of 7.0 (AB/RB/SB). It was introduced in Update "Danger Zone".

Like many other WWI-era battleships the anti-aircraft suite on the Bayern is very lacking. With only 2 x 88 mm cannons, one on the right and left side located near the centre of the ship, the Bayern will struggle to defend itself from enemy aircraft. The reload on these weapons in somewhat decent allowing for a semi-sustained rate of fire. If a shot lands on an enemy aircraft, the 88 mm shell will almost always take it out of the sky.

With such a small amount of anti-aircraft weapons, their effectiveness against enemy ships will be negligible. It is not recommended to repair these while fighting other ships if they are damaged due to their minimal firepower.

Overall, the anti-aircraft armament on the Bayern is mediocre and matches the poor effectiveness of most other WWI-era battleships.