Difference between revisions of "LeO 451 early" 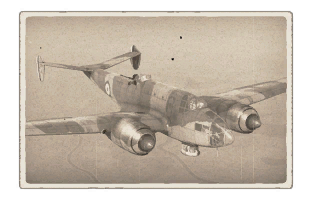 The LeO 451 is a versatile high-speed medium bomber that is capable of undertaking low-level ground attack strikes against tanks, pillboxes, and other small targets. It also carries a fairly respectable bomb load for its battle rating, and can be used to destroy bases efficiently. The sleek, graceful lines of the LeO 451 represent a complete departure from the very angular, slab-sided Farman F.222.2 and SNCAC NC.223.3 heavy bombers. The LeO 451 sacrifices bombload for high speed, although at a 1,900 kg maximum load it still carries a respectable amount compared to similar bombers like the Petlyakov Pe-2 and the CRDA Cant.Z.1007bis Alcione series. It is also quite manoeuvrable for a twin-engine bomber. 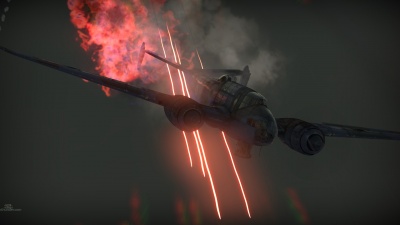 A LeO 451 bomber with a fatal engine fire, which can be extremely difficult to extinguish before disintegrating.
Main article: MAC 1934 (7.5 mm)

The LeO 451 early can be outfitted with the following ordnance:

The LeO 451 can operate as a low-level attacker with relatively decent chances of survival thanks to the 20 mm dorsal gun and its relatively high performance. Flying at low altitudes also prevents enemies from attacking it from the rear and below, which is only covered by the 7.5 mm ventral gondola machine gun.

If pursued, it is best to manoeuvre in such a way that the enemy is forced to attack from the rear, which is covered by the 20 mm cannon. The LeO 451 is otherwise very vulnerable to attacks from any other angle.

Defensive armament is concentrated against rear attackers, featuring a powerful Hispano HS.404 cannon in the dorsal gunner position, with a relatively ineffective 7.5 mm machine gun in the ventral gondola. The historical LeO 451 could retract this gondola to reduce drag; a feature that is sadly not represented in the game, as the lower drag would probably be more useful than the machine gun. The LeO 451 otherwise has no other defensive armament besides a fixed forward-firing 7.5 mm machine gun in the nose. This machine gun is useful for strafing soft targets like vehicles and artillery or taking potshots at aircraft but is generally not very useful otherwise. 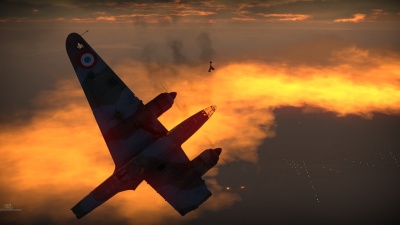 However, due to various production issues associated with the Gnome-Rhone engine, production of the LeO 451 was delayed, beginning only in late 1938. Although the Armée de l'air only fielded a handful of operational LeO 451 bombers at the outbreak of WW2, their number would rise up prior to the Invasion of France in May 1940. During this chapter of WW2, the LeO 451 saw wide use against both advancing German forces on the east and Italian forces on the south. While the aircraft suffered great losses at the hands of Luftwaffe’s superior fighters and the Wehrmacht’s relentless anti-air guns, it fared a lot better on the southern front against Italian forces. Nonetheless, the LeO 451 did eventually retire in September 1957 as the final pre-war French aircraft to leave active duty.