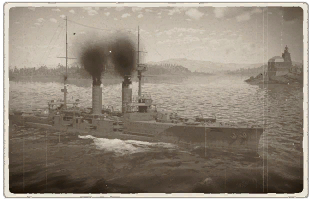 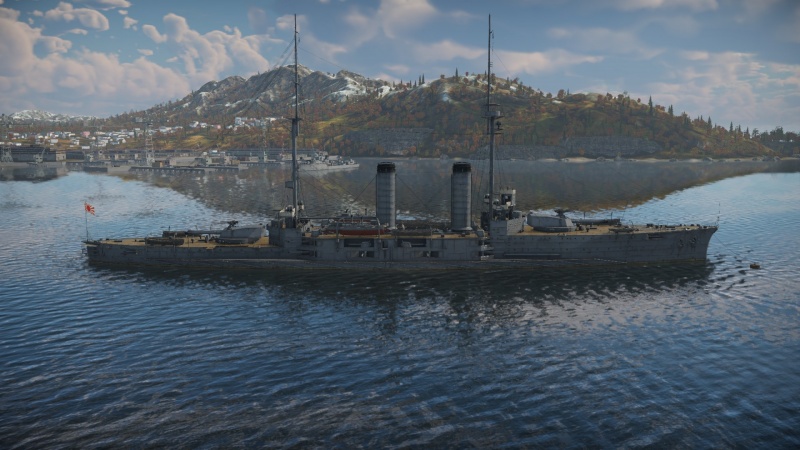 The waterline fore and aft of the main belt has a thinner belt of 102 mm cemented, conning towers are 203 mm rolled cemented at the front, and 152 mm at the rear, with 38 mm rolled homogeneous roofs.

The Ikoma carries 2 fixed tubes - 1 facing to each broadside, and 17 reloads. The fixed tubes are located under the forward main turret, and are difficult to use since they are aimed by manoeuvring the ship - which is not easy to do as already noted.

Backups for this ship cost only 20 GE, so it is worth considering buying them rather than using universal backups - you should always use backups of some variety when grinding through the various modules.