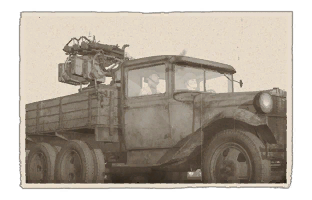 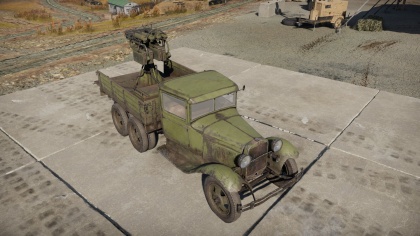 In the military, the GAZ trucks were used as tractors for gun systems, fuel tankers, radio system, and even armoured cars. By 1931, an anti-aircraft version was created as well, in order to give the Soviet Union a mobile anti-aircraft system to work with. The design had four Maxim Model 1910/30 machine guns installed on a mount on the truck. This configuration was called the 4M GAZ-AAA and served as a low-altitude air defence system after being adopted in 1931.

The 4M GAZ-AAA was a crude weapon. It was simply a truck with a gun mount on the back that connected to four 7.62 mm machine guns. These machine guns could all be simultaneously fired by one operator. The operator had no protection whatsoever as he had to stand in order to fire the gun, there were also no gun shields to protect him from any incoming fire. Despite that, it served as a part of the Soviet defence against the German invasion in 1941, where it was also used in an infantry-support role by laying down a large volume of fire onto the enemy. Many were seen destroyed in German newsreels, covering the roads as German troops advanced deeper into the Soviet Union.

The vehicle was unsatisfactory for the battlefield, and even ineffective against planes due to its low calibre. A new anti-aircraft system had to be devised for the role of mobile anti-aircraft system. This led to the development of the GAZ-MM (72-K), which while still truck-mounted weaponry, had a noticeable increase in firepower with a 25 mm auto-cannon. 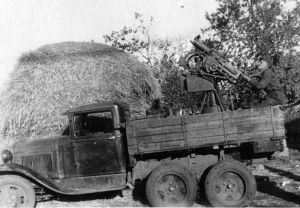