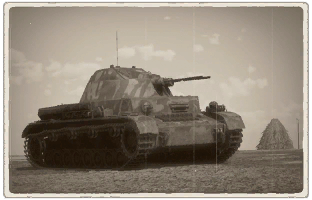 The Flakpanzer IV Kugelblitz is a rank V German Self-Propelled Anti-Aircraft (SPAA) vehicle with a battle rating of 6.7 (AB/RB/SB). It was introduced in Update 1.43.

A continuation of the line of German AA vehicles based on the Pz.IV tank. It was the first AA vehicle to have a fully enclosed turret. Only two were ever built, and they may not have been used in combat. Both of the AA vehicles that were released ended up in the anti-air artillery training battalion stationed at the Ordurf training ground in Thuringia.