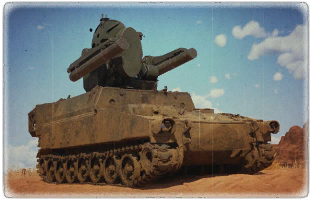 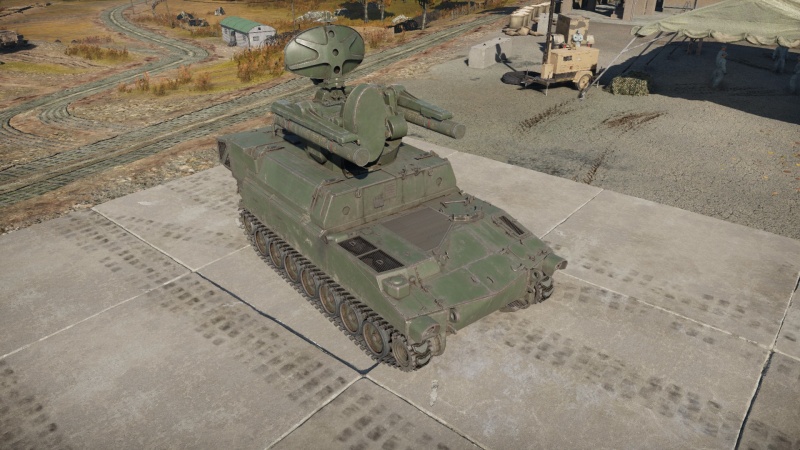 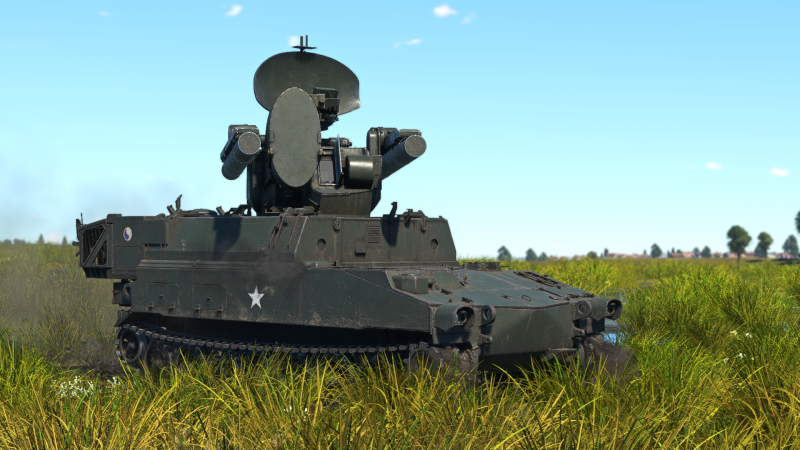 It is an American prototype SAM system, mounting the French Roland missile as its primary weapon.

The XM975 has similar protection to other SPAAs and SAMs of its rank, with enough protection to stop some splash damage from near misses of small rockets and bombs. The armour will also stop rifle-calibre rounds, but the American M2HB Browning, the Soviet NSVT, or other similar heavy machine guns will slice straight through the armour, along with of course any MBT round. Avoid direct confrontation with all enemy ground forces.

The top speed of 57 km/h (35.4 mph) is reasonably quick. The XM975 is capable of traversing the map relatively quickly, though it is recommended to travel in mostly straight lines if possible. The acceleration is mediocre and it will take time for the vehicle to regain speed again, so attempt to avoid many turns and take roads when able.

The modification order is fairly simple for the XM975. Parts and FPE should come first as usual, then the Roland 3. This will increase the engagement range of the XM975 from 6.3 km to 8 km and allow engagement of most enemy helicopters. Then horizontal drive, airstrike and elevation mechanism, to allow for better tracking of fast moving enemy aircraft and a reduction to the spawn cost of allied aircraft. After that, mobility modifications, crew replenishment and finally improved optics.

Roland SAM
Autoloader
Automatically feeds projectiles into the breech. The speed does not depend on the skills of the loader
Ammunition10 rounds
Belt capacity2 rounds
Reload5.0 s
Fire rate145 shots/min
Vertical guidance-10° / 80°
Fire on the moveup to 5 km/h
Main article: Roland 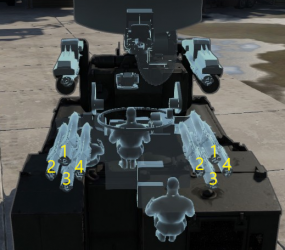 When using the XM975, attempt to stay focused on the air threats. As a SAM platform, there are very few ground vehicles that can be knocked out by the Roland missile, so it is better to find a concealed position and avoid contact with enemy armour. The XM975 does have an advantage over quite a few other anti-air vehicles, thanks to the IRST (infrared search and track) mode. Commanders of the XM975 should be aware of this mode, as it prevents detection of lock-on by the enemy aircraft's RWR. The IRST mode also ignores enemy chaff, and is generally just a better mode to operate in as a whole.

The Roland is a relatively slow missile, so it is not recommended to fire upon jets that are near the limit of the missile's range and/or fly at high speed. However, this is made up for by the high manoeuvrability of the missile, as the slower speed allows it to pull sharper turns than quicker SAM missiles. Helicopters are usually within range, as all helicopters armed with the AGM-114 Hellfire will be within engagement range, as the maximum range of the hellfire is 8 km, like the Roland 3. Some helicopters may outrange the Roland in uptiers, such as the Ka-50 or Ka-52 with the 9K 127 Vikhr missiles. It is recommended to immediately take cover if outside engagement range, although it is possible to proximity fuse the Vikhr with the Roland if there is no other option available.