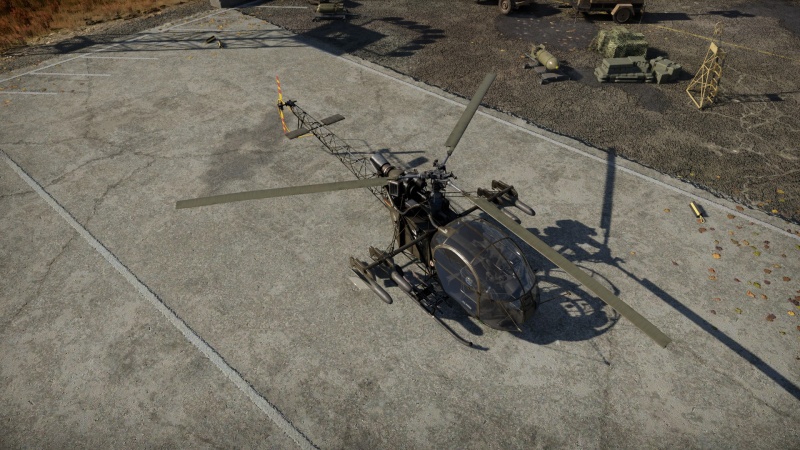 The ◄SA 313B Alouette II is a rank V German utility helicopter with a battle rating of 8.7 (AB/SB) and 8.3 (RB). It was introduced in Update 1.83 "Masters of the Sea". A French design, the Alouette II was in West-German service and could carry a multitude of armaments.