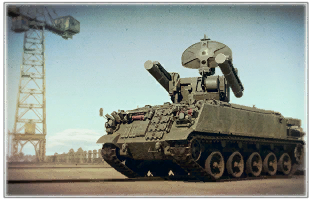 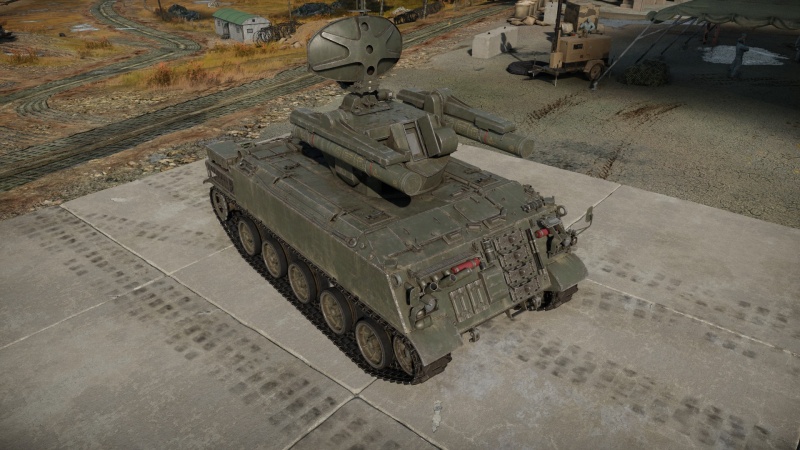 Roland SAM
Autoloader
Automatically feeds projectiles into the breech. The speed does not depend on the skills of the loader
Ammunition10 rounds
Belt capacity2 rounds
Reload5.0 s
Fire rate145 shots/min
Vertical guidance-10° / 35°
Fire on the moveup to 1 km/h
Main article: Roland 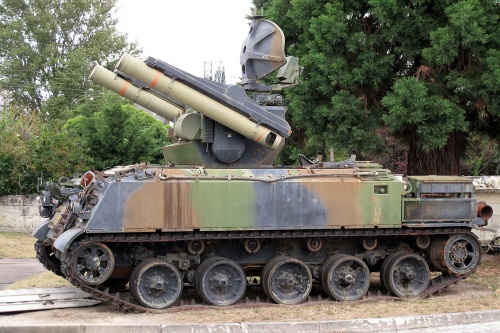 The Roland 1 is a Franco-German designed anti-aircraft missile system, serving primarily with the German and French armies. Designed in the late 1960s, the Roland 1 was accepted for service in the late 1970s and served with the French Army. An improved version, the Roland 2, was accepted for service a short time later, with improved capability including all-weather operations. The Roland system has been widely exported to a variety of nations, and has been used during the Falklands Conflict and Iran-Iraq war.

In the late 1960s, the first surface-to-air missile systems began to emerge as potent anti-aircraft defence systems. As a result, in 1964, representatives of the French and German governments signed an agreement to jointly develop a new self-propelled anti-aircraft missile launcher system (SPAAML), named Roland. The work was conducted by Messerchmitt-Bolkow-Blohm (MBB) on the German side, and Aerospatiale-Matra on the French side. The first prototype for the system was rolled out in 1967, and in 1977, the French government accepted the first Roland 1 SAM system into service.

The French Roland 1 SPAAML was based off of the AMX-30 Chassis. It was operated by 3 crew members, and was fitted with a large central turret carrying two Roland SAMs, along with the corresponding search radar. The Roland 1 was limited to clear-weather operations, and was semi-automatic, unlike the fully-automatic Roland 2 and Roland 3 systems. The Roland 1 missiles themselves had a maximum firing range of 6.5 kilometres, with a top speed of 900 m/s (Mach 2.5).

The Roland 1 first entered service with the French Army in 1977, with a total of 83 Roland 1 missile batteries being produced. These served as the primary French SPAA system, though they were quickly supplemented by more advanced Roland 2 and Roland 3 systems. The Roland missile system has now been removed from French service, being replaced by more advanced, modern missile systems such as the Mistral.

The Roland missile system was widely exported, serving with multiple nations including Argentina, Brazil, Qatar, Spain, Nigeria and Venezuela. As well, it was one of the few foreign missile systems used by the United States. Roland missiles were used during the Falklands conflict of 1982, and reportedly shot down four British Sea Harriers. However, there is conflicting data on this claim, which cannot be confirmed. Iraq also used the Roland system during the Iran-Iraq war, shooting down an F-4E Phantom and a F-5 Tiger. Most Roland SAM batteries have now been phased out, replaced by more modern weapons.