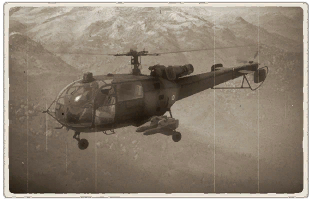 Number of setups1
List of setups
Setup 14 x AS.11 missiles
Main article: AS.11

The SA.316B Alouette III can be outfitted with the following ordnance: