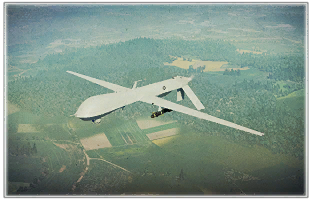 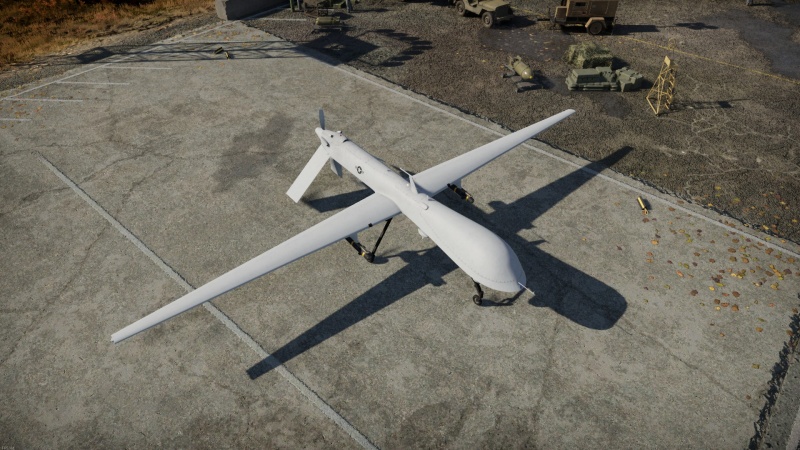 The MQ-1 is an American strike UCAV (Unmanned Combat Aerial Vehicle). It was introduced in Update "Drone Age". It is available to all nations besides Russia and China. Unlike other aircraft, this is not researchable and can only be used once enough spawn points have been gained.

The MQ-1 Predator was introduced to the US on 1 July 1995 and developed by General Atomics to be a observational and attack aircraft which could be remotely controlled over long distances. This would mean there would be no danger to the pilot since there wasn't a pilot. It was retired from the USAF on 9 March 2018 in favour of the more capable and heavier MQ-9 Reaper.