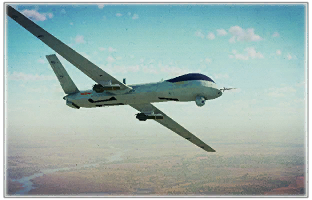 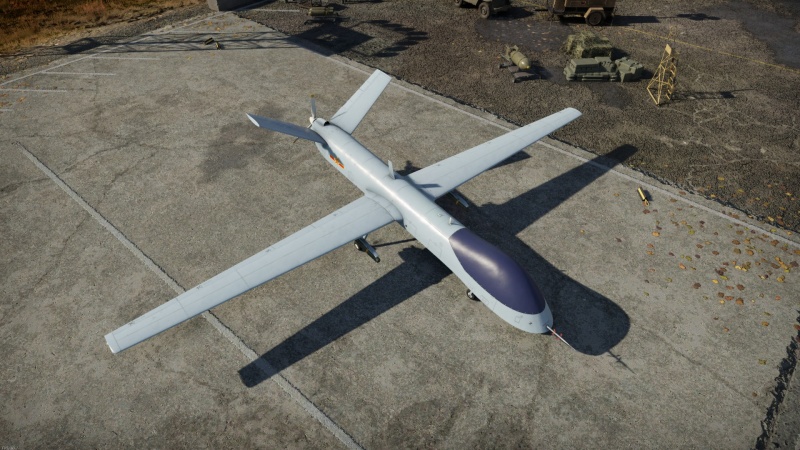 The Wing Loong I, designated as GJ-1 (攻击-1; attacker-1) in PLAAF service, is a Chinese strike UCAV. It was introduced in Update "Drone Age".

The first PLAAF UCAV in service and one of the earliest UCAVS from Asia, although having a missile with lesser penetration to USA/Russia counterpart, if utilized properly, it can do sufficient damage to enemy team with high precision; while players has to think twice for when to deploy an UCAV or alternatively deploy fixed-wing jets/rotorcrafts.

To say at least, although UCAVs of the era use composite materials for the airframe, but UCAV themselves are not designed for high-intensity battles and also flies slow in this case; any near misses or a direct hit from cannons or missiles is very likely to send Wing Loong straight back to the ground.

The Wing Loong I can be outfitted with the following ordnance:

Like other available Strike UCAVs in the game, Wing Long I is available to all players playing ground battles and is beneficial to players who have not researched BR appropriate aircraft or helicopters.

You start off by spawning at an altitude of 4000 meters above the battlefield. Priority targets should be the enemy SPAA to allow your team's air support to fly without resistance. Enemy SPAAs are usually found stationary at the enemy spawn, though be aware of those moving closer to the frontlines as well. If there are no SPAA around, your next target would be enemy tanks that are near/on the capture points. Once you fire both AKD-9 missiles, you have three options:

Mainland China has been closely observed on different types of UAVs including those which flew and being shot down by PLAAF or those of foreign countries; as Israel and USAF has proved the necessity of deploying UAVs for recon or eliminating ground targets, the development for domestic UCAVs was given the green light at early 2000s with limited resources under the team of Li Yidong (李屹东), whose mother was also a employee of Chengdu Aircraft Corporation.

The team managed to gather spare parts from gliders and civilian products (such as the brakes, from motorcycles) and built an earlier prototype within 2 years; but this also meant the team has to rebuilt a new UCAV from scratch with every possible new standards introduced to the production, with 100 orders overseas overhead and new technologies from J-10's production, the new Wing Loong UCAV passed for tests in 2007 and its mock-up first shown in 2010's Zhuhai Airshow. Eventually introduced to PLAAF in early 2010s and was first shown to the public in 2012's Zhuhai Airshow then 2015's VJ Day parade known as GJ-1 UCAV, countries of Central Asia and Middle East purchased multiple batches of them and they became the cornerstone of Chinese export weapons where they scored multiple victories over insurgents and sometimes even fellow UCAVs, along with CH (彩虹, Rainbow) series UCAV.