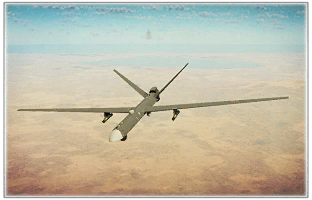 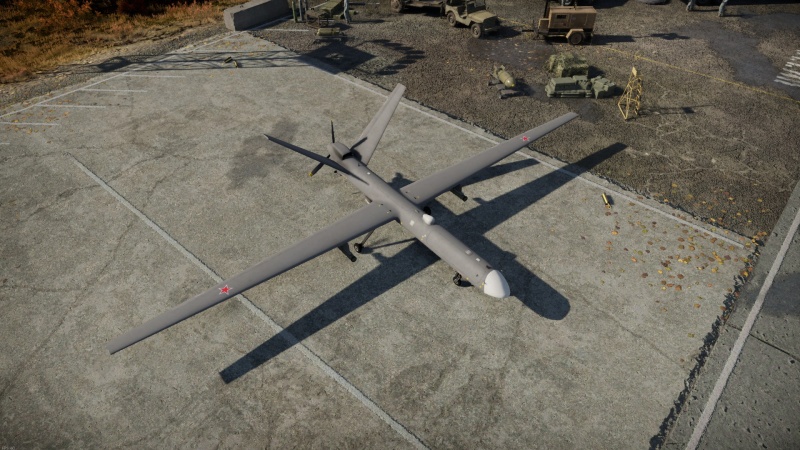 The Orion is a Russian strike UCAV. It was introduced in Update "Drone Age".

At its introduction, the Orion UCAV is the only drone with multiple types of loadouts to choose from when spawning.

The Orion can be outfitted with the following ordnance:

The Orion fills a good niche as the "everyman's CAS". It is available to everyone, which can be very beneficial to players who have not researched BR appropriate aircraft or helicopters. You start off by spawning at an altitude of 4000 meters above the battlefield. Your main priority is SPAA. They are usually found stationary at the enemy spawn. Destroying them will not only help your survival, but also enable your fellow helicopter/aircraft pilots to move in and provide better, uninterrupted CAS. If there are no SPAA around, your next target would be enemy tanks that are near/on the capture points. Once you fire both 9M133M-2 missiles, you have three options: