Difference between revisions of "IAR 316B" 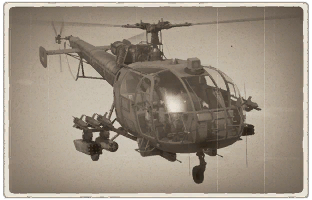 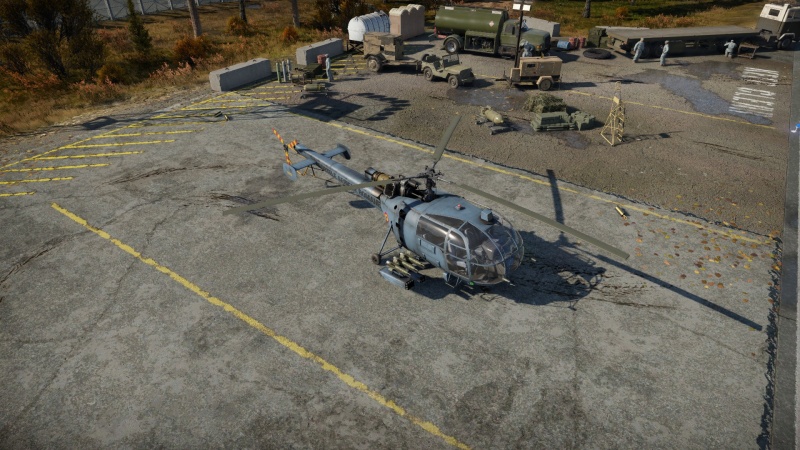 Aérospatiale licensed the Romanian aircraft manufacturer Industria Aeronautică Româniă to build the SA.316B as the IAR 316B. Manufacturing began in 1971 in Brasov, Romania, with production ending in 1987. These helicopters were built with the Turbomeca Artouste IIIB powerplant. 250 total units were manufactured with 125 remaining for use in with the Romanian military. The rest of the manufactured helicopters were exported to other nations including Pakistan, Angola and Guinea.

The cockpit of the helicopter is built for both a pilot and co-pilot to operate with excellent views through the spacious glass canopy. Two cabin doors open to the passenger compartment which can accommodate up to three passengers.

The IAR 316B was modified to carry weapon systems more readily available in the Eastern-bloc section of Europe to include 57 mm rocket pods, 7.62 mm machine guns and other anti-tank missiles.

The IAR 316B can be outfitted with the following ordnance: 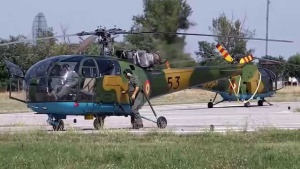 The IAR-316, alongside with crew members

The IAR 316 was a training helicopter produced by the "Industria Aeronautica Românească" (in translation: "Romanian Aeronautics Industry") as a licensed version of the French "Aérospatiale Alouette III" (SA316 Alouette III Light Utility Helicopter). The production of this model started in 1971 at the IAR Factory in Ghimbav, Romania and it was halted in 1987. A total of 250 helicopters were built, 125 for the Romanian Army, and the rest exported in countries like Pakistan, Angola and Guinea. Some helicopters were even modified to use 57 mm rockets and Anti-Tank Guided Missiles. 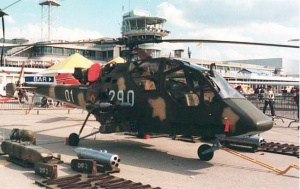 A IAR-317 Skyfox attack helicopter - this is the only example ever made.

There was an attempt to convert the original model of IAR 316 into an attack helicopter named IAR 317 "Airfox", however, only 1 prototype was ever built.