Description in the map loading screen prior to joining the battle. Remove if non-existent. 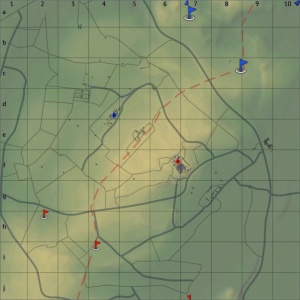