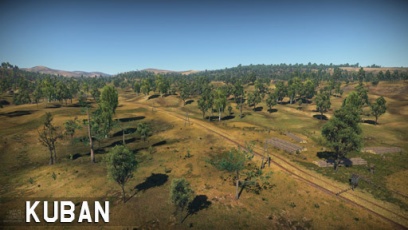 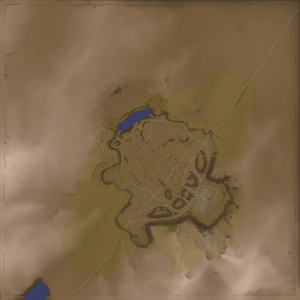 The map is set in a rural area; there is a Prisoner Of War (POW) camp in the southeast of the map, made up of wooden buildings, and surrounded by barbed wire and guard towers. Aside from the camp and the small number of houses next to it, there are very few other buildings in the map; with two small clusters of forestry buildings, surrounded by chopped down trees, in the east and west of the map. The terrain is very uneven with lots of hills and rocky areas throughout the map, providing opportunities for short range brawling, and longer range "sniping" engagements.

The southeastern area of the map is separated from the rest of the map by several rocky hills, with passages between them. A road runs round the outside of the entire map, and another runs across it from the southwest to the northeast. The middle and northwest of the map are both similar, with plenty of hills and uneven terrain. There is a deep lake in the northwest, which if fallen in to is impossible to escape from.

This map is set in the Kuban region of Southern Russia, surrounding the Kuban River, on the Black Sea. The tank map is a fictional location, inspired by the terrain in the area. The air battles map puts the tank battles map about 6.5km (4 miles) west of the town of Krymskaya (now known as Krymsk) and 25km (15.5 miles) northeast of the Port of Novorossiysk, which also features as a ground forces map in War Thunder.

The Kuban region saw fighting between Soviet and German forces during the Battle of the Caucasus, between 1942 and 1944. 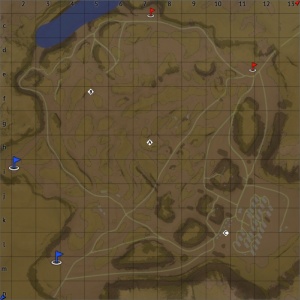 Conquest
There are three configurations of the conquest mode, each with one Capture Point. The point will be in the northwest (grid zone E4), in the southeast of the map near the POW camp (grid zone K10) or along the road running across the map (grid zone I8). 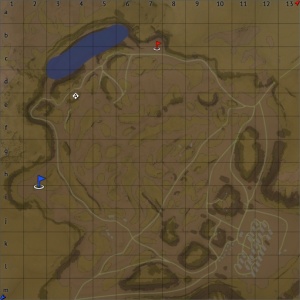 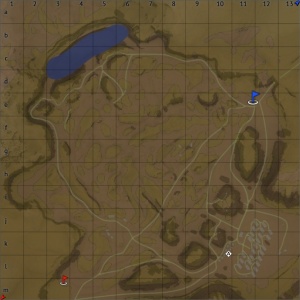 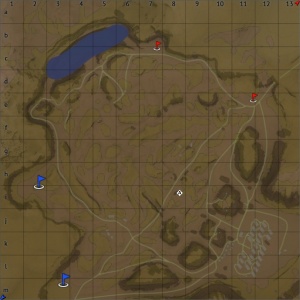 Battle
There are two capture points, each owned by one of the teams. The points are among the forestry buildings in the east and west of the map. 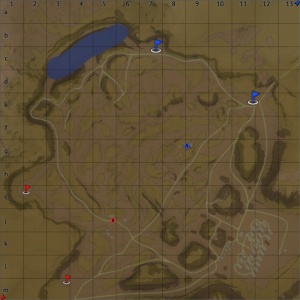 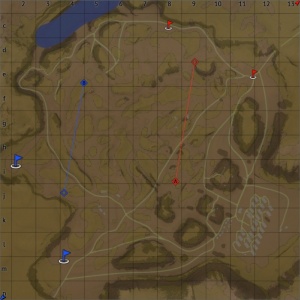 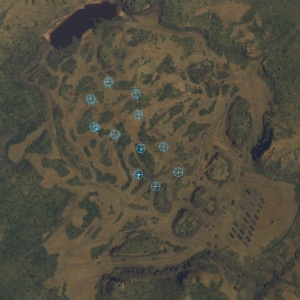 The possible location of capture points in Skirmish.

From the 3 points located on the map, the A point (furthest left) is the hardest to capture. Being located on a hilly surface, it typically has many different angles that you are able to be shot at from. If your team is able to capture this point early in the game and then position heavily armoured tanks on the point, the enemies will have a hard time being able to get a shot off as they attempt to drive over the hilltops. Assuming that the enemies captured this point before you, you are able to flank them from either side (the side closer to the edge of the map would work better as they are unable to get two separate lines of sights on you, unlike going through the centre of the map, where you can get spotted from a complete 180 degree radius) with some risk.

If you are looking to go for the other objectives teams commonly send light tanks to capture the points and then scout over the objectives to ensure the enemy does not recapture them. Strategy for point C entails going around the camp's huts and then parking a tank on the slope of the mountain, which is covered in trees and bushes, helping create low visibility as almost no enemy would consider looking there.

The middle point B is easy to capture and recapture for both teams, many different strategies can be used, such as: