Difference between revisions of "American Desert" 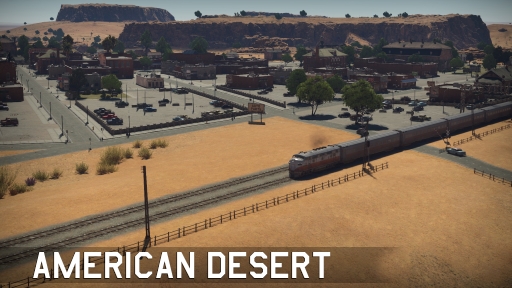 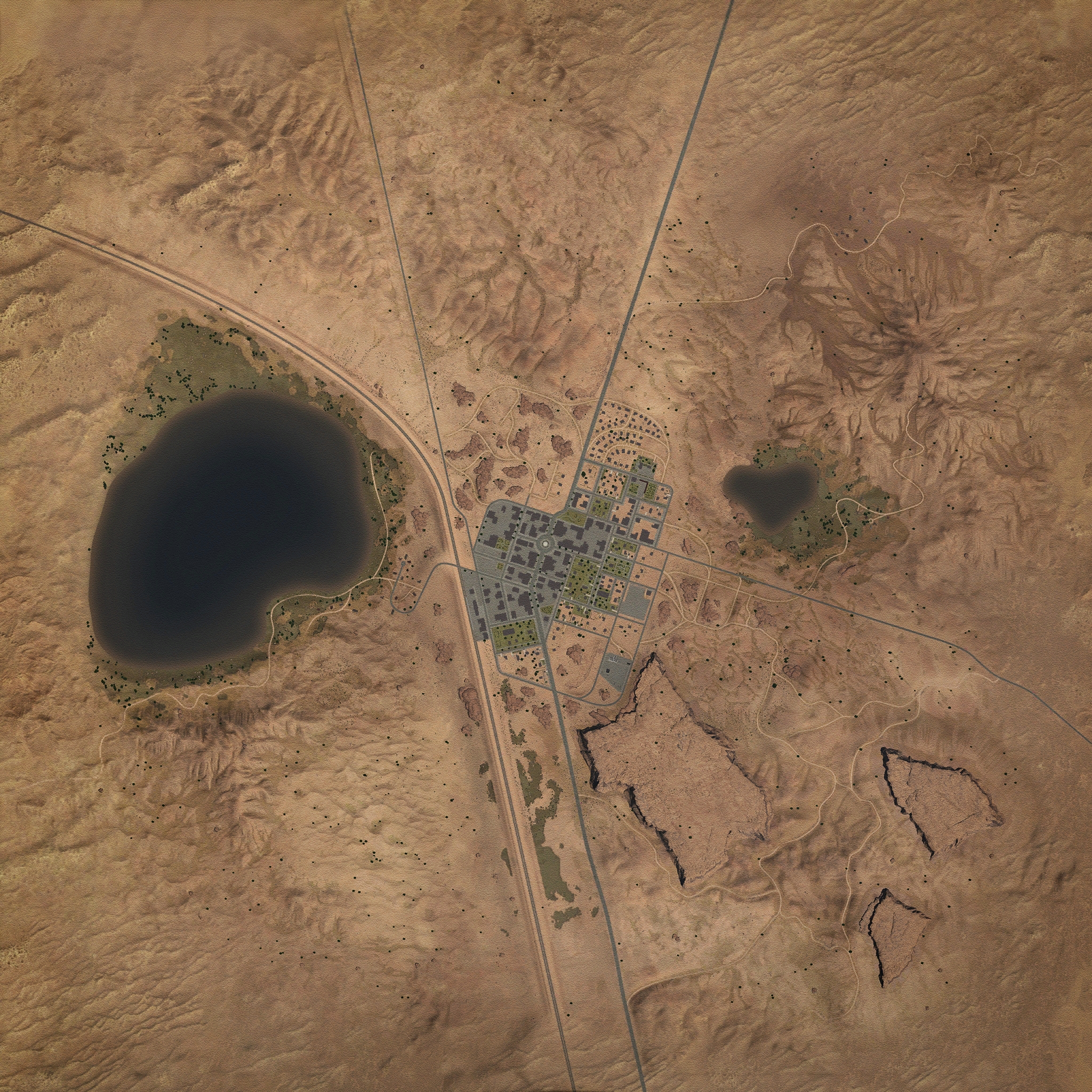 American Desert is a ground forces map available in all modes. It was added in Update 1.81 "The Valkyries". In Update 1.87 "Locked On" the map was updated so that nearly all buildings are destructible. The map is set in 1950s America, specifically the deserts of Arizona. The map consists of a small town (approximately 1km x 1km), and the surrounding desert. To the west of the town there is a large lake with a small neighbourhood on its southern bank and to the east of the town there is a smaller lake. To the south of the town there are some small mesas, while the area to the north of the town consists of more open desert. Currently all layouts of the map, available in normal matches, limit the battle area to just the town and a small amount of the surrounding area. A unique feature of the map is an animated train which makes its way from the south of the map along a railway line, running past the west of the town. Players can destroy the train and the train can collide with players, with both situations often leading to the train derailing.

There are three capture points. Point A is at the train station in the west of the town, B is at the roundabout in the centre of the town, and C is at a church among the residential buildings in the northeast of the town.