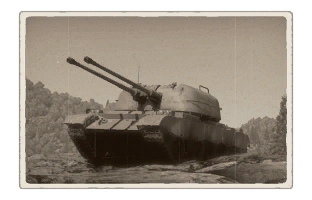 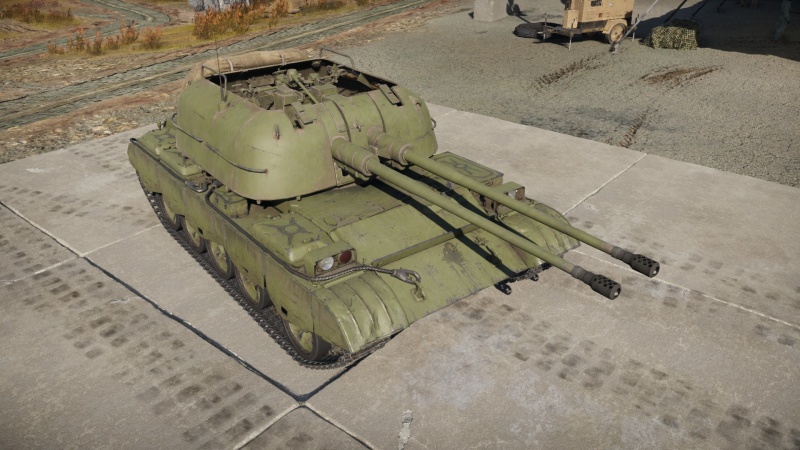 The Chinese counterpart to the infamous ZSU-57-2, the WZ305 will feel very familiar to veteran users of the "Sparka". While outwardly similar, there are some differences. The hull is developed from a later Type 69 variant, as opposed to the ZSU's chassis derived from the T-54. Cosmetic differences include fender-mounted headlights, side skirts, and the retention of all five road wheels. The WZ305's hull is better armoured, though this adds about 3 tons to its weight, and has a slightly more powerful engine. Firepower wise it enjoys a new DKY-1 airburst HE shell that makes it much easier to use against aircraft.

The armour of the WZ305 is still very poor. While the upper glacis is now about as strong as a T-34, this level of protection does not amount to much at its rank. The paper-thin turret means that enemies with heavy machine guns or autocannons can mow down the turret crew and potentially knock out the tank with a single burst. The tank is also susceptible to hull break and impacts from nearby artillery shells.

The mobility of the WZ305 is about the same as the ZSU-57-2, with a hp/ton ratio of 19, a top speed of 50 km/h, and a reverse speed of -7 km/h. While not lightning fast, it is considerably more mobile than contemporary Chinese MBTs like the Type 59 and should have few issues keeping up with teammates. Flanking should be done with caution since proper light tanks and some MBTs are more mobile, especially on-road, and may appear suddenly.

Although this is an AA vehicle, its twin 57 mm cannons are still equally deadly against ground units. When stock, their accuracy isn't good so the shells fly all over the place as the distance increases, and the stock belt is made up of half APCBC, half HE, meaning it is not the most efficient belt when dealing with either planes or tanks. Therefore the best tactic for a fully stock WZ305 is to shoot the enemies' side up close or to target low-flying helicopters. The full APCBC belt should be the priority to research with the HE-VT behind it.

When the BR-281 belt (full APCBC) is available, the player can go into full anti-tank mode as this shell packs quite a punch, and it can penetrate pretty much any tank's side armour (excluding the Maus) and some tanks' frontal armour. In a flank the WZ305 can finish off a group of opponents with an unbelievable speed. Two shells will slice through their side armour and explode with a single click of the mouse, so theoretically one clip is enough to wipe out four tanks in a row (aiming at the crew compartment only, of course). A few seconds later, another clip will be loaded, ready to hunt more prey.

The APCBC shell also performs alright in the AA role, since its calibre is quite large for planes, and a direct hit usually critically damages the plane, if not destroying it instantly. However, it is best to use the deadly HE-VT belt for anti-air duties. Killing planes will be much easier since now you don't have to hit right on target (which requires lots of careful leading and adjusting). Those near-misses will all deal quite a bit of damage, thanks to the 450 g TNT, over 1,000 m/s of velocity and the 15 m trigger radius. 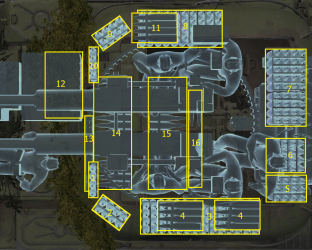 Like its Soviet cousin, the WZ305 is capable of slaughtering lightly armoured vehicles, but using it in an anti-ground role is risky due to its lacklustre defence. It is a good idea to play carefully and not expose oneself unnecessarily.

AAA
As an SPAA this should be the first course of action. Find a safe location from enemy ground vehicles, lie in wait and open fire on any enemies when they are in range. The powerful 57 mm cannons will tear apart any aircraft from the sky in 1-5 direct hits. If the fused HE shells are unlocked, this is even easier; the proximity fuse will make it much easier to land hits in general and manoeuvring targets will have a harder time dodging your fire. The big downside is that the gunner crew are exposed to strafing aircraft and can easily be taken out by aircraft machine gun/cannon fire, so it is important to first prioritize aircraft which appear to be gunning for the WZ305.

Although tank realistic seems to be more popular, arcade still works great in the case of WZ305, since there are lead indicators for all aircraft which makes killing them even more easier, given that the player has the HE-VT belt. In an arcade battle, fill all the ammo racks up with the VT belt but also prepare around 10 full AP belts to defend against tanks. At the start of the match, find a place that is not too far away from the frontline (planes usually go for the crowded frontline) but also not too close to it (easier to get shot by tanks), so the player can fully concentrate on planes and not worrying about tanks. The place should have a hard cover that is wide and tall enough to hide from strafing aircraft. Then just wait til the enemy begins to spawn in planes. For fighters, wait until they are 2 km or closer. For slow / un-maneuverble bombers (eg. Tu-14, IL-28) open fire at around 3 km. If the lead indicator doesn't show up, fire 1-2 shells to its general direction and it should appear. Now just pour those VT shells towards that grey circle and there is a great chance to destroy a plane with 1-2 belts. Even if the plane isn't dead, the excellent VT shells will at least score hits / critical hits, and since planes in arcade always ram into the ground themselves, the kill will eventually be yours. Be careful when dealing with Me-262, Me-163 and the Migs, as they have large caliber nose-mounted cannons which tend to kill the gunner / loader in the open turret easily. If the plane wants to strafe you, move sideways to make yourself harder to aim at, or quickly go back to cover.

Tank Destroyer
Using the 57 mm cannons on a ground attack role is possible and have been exploited by many players. Using BR-281U ammo, the guns can effectively pierce the side and rear of any tank (excluding the Maus). Remember the WZ305's armour does not compare to other tanks armour so one shot could be the end of the SPAA. Play cat-and-mouse and wait for the enemy to go into an engagement with another target and then jump out into the open and fire upon them while they are distracted. It is recommended to the first aim for their rear to disable their engine and cause a fire, they will have to stop what they are doing and put it out. During this time they won't be able to move or fire upon the WZ305, allowing a chance to finish off the crewmen inside by unloading the 57 mm cannons into the side of the enemy tank.

Wheeled light tanks are quite common at the WZ305's rank and are easy prey for the twin cannons. The WZ305's thin armour is not much of a liability against subcalibre rounds, so it may be prudent to hunt these kinds of targets down if they are in the area. Lightly armoured MBTs like the ubiquitous Leopard I can be dispatched similarly. Be wary of targets with heavier armour like the M48 Patton that cannot be penetrated from the front. You will need to flank them instead. Enemy SPAAs like the Gepard will also have no problem shredding the turret crew, though most of these vehicles are also very lightly armoured; try to ambush them and shoot first.

Watch out for incoming HEAT-FS rounds, as they are common and will often cause hull breaks.

In the 1980s, Iraq requested that China make a copy of the ZSU-57-2 and provided a few examples of the Soviet SPAAG for reverse engineering. China had not previously imported or used the ZSU-57-2. However, a local copy of the ZSU's gun was available. The result of the project was the Type 80 SPAAG, sometimes known by its industrial designation of WZ305. Designed on the chassis of the Type 69-II medium tank, the Type 80 was very similar to the ZSU-57-2, featuring twin 57 mm cannons in an open topped turret with no fire control systems, limiting it to clear weather anti-aircraft use. A proximity-fused round was later developed that improved its utility.

According to some sources, the Type 80 was adopted by the PLA in small numbers, while others claim that it was not accepted into Chinese service at all. It was used in Iraqi service in the Iran-Iraq War and Gulf War, and may have been exported to North Korea.