TailSpin was an April Fool's Day event taking place 1st - 5th April 2021. The event's planes and art style is inspired by the show "TaleSpin", an old Disney animation series from the 1990s.

War Thunder is preparing to expand its audience and move to a new 4+ age rating. A special "TailSpin" aviation event starts in our game, with a visual style and physics adapted for the widest possible audience. Everyone knows that in April we test new game mechanics and features. This time you have a chance to try the new version of the graphics and physics model, as well as feel what the whole game will be like in the near future! Moreover, changes in the game environment will make an upcoming port of the game to mobile platforms easier.

The skies over Cape Somerset bay are restless again - opposing clans from the Republic of Air Pirates decided to find out who should be the master of the region of the magical Soaring Rocks. Become one of the dashing air corsairs in the epic battle between pirate squadrons! Prove your skills to the clan and get new, even more powerful aircraft!

To win a mission, destroy enemy planes or bomb the zeppelin mothership! 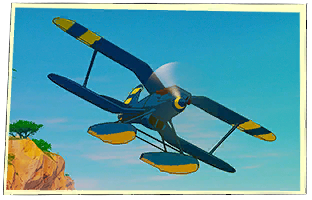 The Nimble is the starting vehicle, and considered as the Reserve vehicle given to all players. The Nimble is a biplane hydroplane sporting a dark blue camouflage with yellow stripes along its upper wing and rudder. Unlike the other aircraft in the event, the Nimble is a reference to "Porco Rosso", an animated film made by Studio Ghibli. In the film, it is flown by Donald Curtis, the main antagonist.

The Nimble's model reference in War Thunder is based on the He 51 B-2/H hydroplane.

Such an aircraft is given to every new pilot in the Air Pirates. Do you want something more serious? Load the machine gun and shoot down the enemies of the clan! How to get it? Beginner's plane - available for everyone 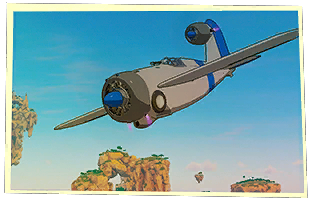 The Windscreech is the first unlockable plane and the second plane overall given to the player by gaining 10 kills and/or assists in the event. It has two engines, one in the conventional front, and the other placed unconventionally on the tail rudder section, much to the sheer break on safety regulations and logical sense in reality. It is reference to one of the planes found in the "TaleSpin" show, specifically the Thunderyak Fighter.

The Windscreech's model reference War Thunder is based on the F3F-2 biplane fighter with the upper wings removed to look like the F2A Buffalo fighter.

Hmmm, this one is better indeed! The Windscreech is noticeably faster, although it still lacks firepower. How to get it? 10 players defeated and assisted. 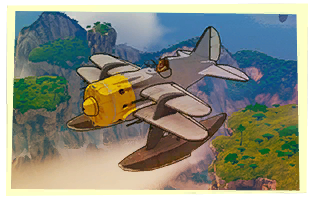 The Bumblebee is the second unlockable plane and the third plane overall given to the player by gaining 25 kills and/or assists in the event. It is a nimble fighter that, coupled with its six machine guns, can make short work of the enemy. Its small size and biplane look allows it to keep up with most, if not all fighters as it mows them down with its own guns. The Bumblebee's counterpart in the "TaleSpin" show is the CT-37, also known as the Pirate Fighter.

The Bumblebee's model reference in War Thunder is the I-16 light fighter.

The favorite fighter of the Stalinia boar pilots is now in the hands of the Air Pirates. Six machine guns, bombs and rockets are where the fun begins! How to get it? 25 players defeated and assisted 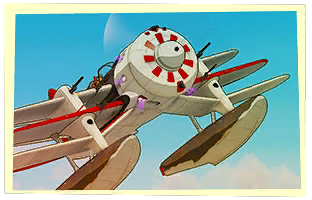 The Hornet is the third unlockable plane and the fourth plane overall given to the player by gaining 50 kills and/or assists in the event. It is an upgrade to the Bumblebee whilst still keeping its predecessor's capabilities. Compared to the Bumblebee, the Hornet has eight machine guns and a tri-plane look with red and dark colors. The Hornet is a reference to the Tri-Wing Terror in the "TaleSpin" show, and is the personal CT-37 of Don Karnage, the main antagonist of the show.

The Hornet's model reference in War Thunder is the I-16 light fighter.

You can’t have TOO many guns, any pirate would agree! This triplane carries 8 machine guns, as well as bombs and rockets for striking ground targets. How to get it? 50 players defeated and assisted 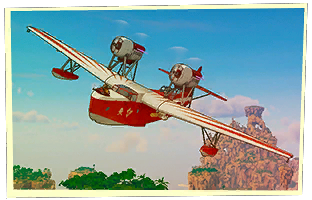 The Red Goose is the fourth unlockable plane and the fifth plane overall given to the player by gaining 85 kills and/or assists in the event. Whilst not the first multi engine plane in the list, the Red Goose is the first plane that looks like a conventional Flying Boat. Don't let its appearance fool you however, as it is nimble in a pinch whilst the twin 20 mm Golden Dragon guns strapped under the wings can make short work of enemy aircraft, though it has a short wind up time. The Red Goose may be a reference to the Groman Goose plane found in "TaleSpin".

The Red Goose's model reference in War Thunder is the MBR-2-M-34 hydroplane.

This is a real flying fortress with defensive turrets and the most powerful six-barreled Golden Dragon cannons. How to get it? 85 players defeated and assisted 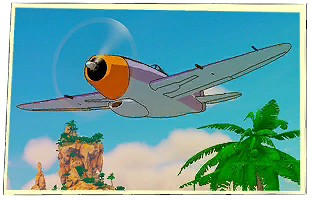 The Tornado is the fifth unlockable plane and the sixth plane overall given to the player by gaining 130 kills and/or assists in the event. The Tornado plays differently to the previous fighters as it cannot turn fast enough to keep up with the previous aircraft, except for the Red Goose. The Tornado is a reference to the Tiger plane found in "TaleSpin".

The Tornado's model reference in War Thunder is the P-47D fighter.

The Tornado fighter is a status aircraft of the Air Pirate elite. Excellent speed and new rapid-fire autocannons for the best pilots in the Republic. How to get it? 130 players defeated and assisted 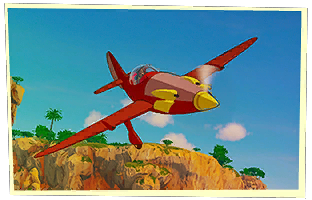 The Panthera is the sixth unlockable plane and the seventh plane overall given to the player by gaining 185 kills and/or assists in the event. The Panthera's playstyle is similar to the Tornado before it. Whilst its speed is sufficient, its turn rate is somewhat lacking, necessitating for players to utilize boom and zoom tactics on opponents. The Panthera is a reference to Shere Khan's personal elite squadron's Khan Fighter in the "TaleSpin" show.

The Panthera, while being a unique model, has a mixture of Soviet aircraft looks, specifically from the MiG-3 fighters and its successors.

These fighters are one-off assembled for the leaders of the clans of the Republic. It is the Panthera fighter that leads the squadrons of air corsairs into battle. The best engines and weapons make this aircraft the most advanced fighter ever to take to the skies. How to get it? 185 players defeated and assisted 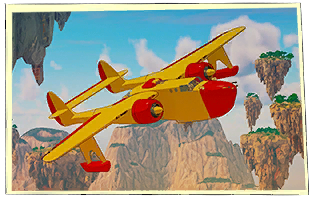 The Sly Duck is the last and final plane given to players who have gained 250 kills and/or assists in the event. The Sly Duck has a formidable array of weapons that it can use to attack and defend itself from its enemies. Its dorsal turret is usually sufficient to deter attackers from attacking it from any angle at the top whilst its offensive guns make short work of the enemy in front of it. Its massive bulk is also capable of shrugging damages that would break other planes easily. The Sly Duck is a reference to the Conwing L-16, specifically the Sea Duck owned by main character Baloo in the "TaleSpin" show.

The Sly Duck's model reference in War Thunder is the P-61 heavy fighter.

Smuggling is the main source of income for the Republic, so the smugglers' workhorse must be ready to stand up against raiders. This peaceful-looking seaplane is armed with 20mm autocannons, heavy machine guns and superb turrets! How to get it? 250 players defeated and assisted 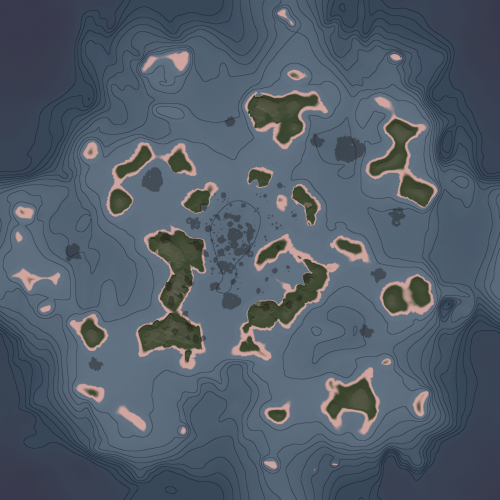 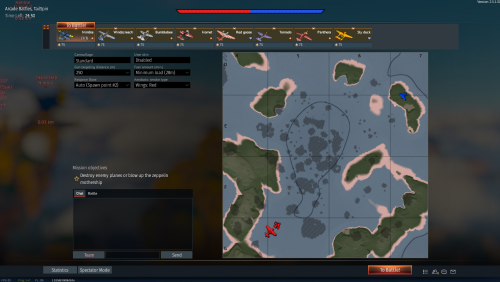