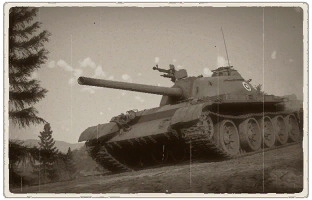 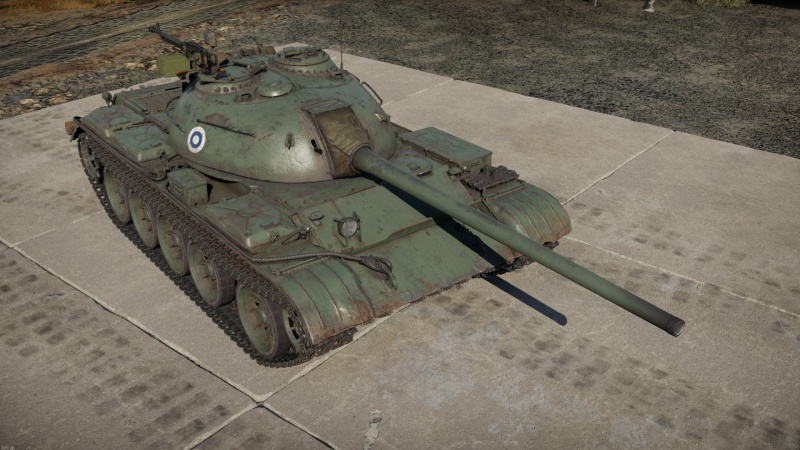 The ▄T-54 is a rank V Swedish medium tank with a battle rating of 7.7 (AB/RB/SB). It was introduced in Update "Fire and Ice".

The armour of the T-54 leaves nothing to be desired. It is one of the strongest frontal plates seen in an early MBT and is able to withstand full calibre solid shots from all nations (Obus de rupture for example, the French solid shot seen in most post war designs such as the Lorraine 40t, AMX-50, etc). However, the armour is nonexistent for HEAT and ATGM which are the main ammunition used in 7.7 to 8.7. The tank is practically immune to low calibre autocannon fire with exception of APDS rounds to the sides (seen in Warrior and AMX-30 DCA).

As a relatively heavily armoured tank and part of the Soviet doctrine, the mobility of the T-54 leaves much to be desired. Not only is top speed the lacklustre, but turn rate is not great and reverse speed is mediocre. Overall, the mobility is not the best and should not be relied on to be used to play as a fast paced vehicle. However, the power-to-weight ratio on the T-54 is impressive and is able to climb and move through rough territory with ease as well as push and pull tanks.