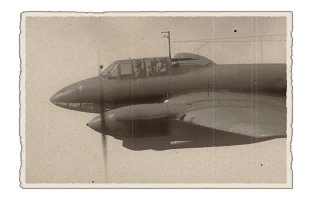 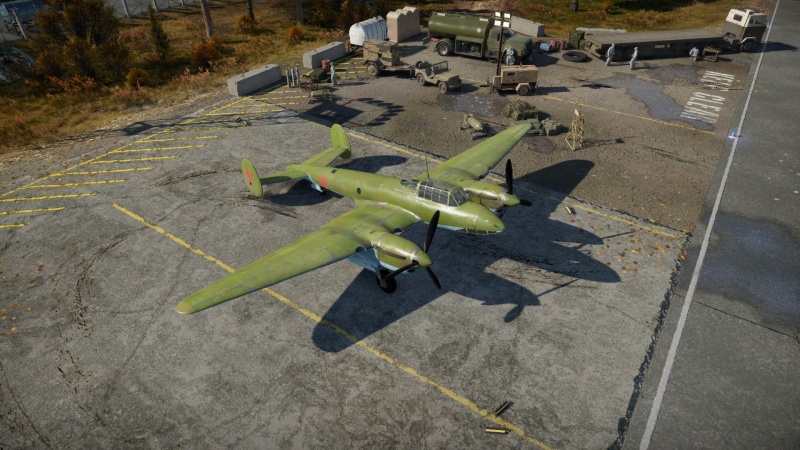 The Pe-3 Early is a rank II Soviet strike aircraft with a battle rating of 2.0 (AB/RB/SB). It has been in the game since the start of the Open Beta Test prior to Update 1.27.

As with all Pe-2s and Pe-3s, the roll rate is great, but turn time leaves much to be desired. It is quite fast, and can outrun most fighters if downtiered.

*Note, the gunner is rear-facing

The Pe-3 (e) can be outfitted with the following ordnance:

The Pe-3 (e) can be used for a variety of roles, depending on what you are comfortable with. In Air RB, the aircraft can be used as a high-speed base bomber, or bomber interceptor. For base bombing, you can choose the heaviest payload (2 x 250 kg and 2 x 100 kg), and, once spawned in, go into a shallow dive towards the base you are going for. Once over the base, drop your payload and break away. Remember to set your bomb fuse to at least 2 seconds, or else you will blow yourself to bits. However, the Pe-3 (e) can also be used as a bomber interceptor, although this may be harder. While the Berezins and the ShKAS both have a high rate of fire, there is limited ammo, and you might not be able to down the bomber before your ammo runs out. Instead, rockets could be a much better choice. You can load 6 x RS-132 rockets, or 6 x RBS-132s. For bomber-hunting, the RS-132 will be better-suited, as it has more explosive filler (4.9 kg vs 1.5 kg). While it is harder to hit moving targets in the air with rockets, with practice, you will be able to down any bomber in your sights.

The Pe-3 (e) can also be used as an attack aircraft in Ground battles. The RBS-132 rocket can penetrate 85 mm of armour, which is enough to penetrate all tanks at this BR form the sides or back. Or, you can load bombs, and dive onto your targets.