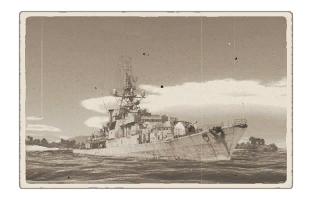 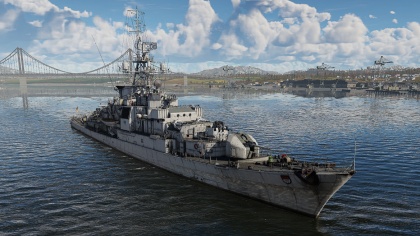 The F220 Köln was the first ship out of six of the F120 "Köln" class. This class was one of the first to be built in Germany after World War 2 and the first in the world to feature a CODAG (combined diesel and gas) turbine system, allowing the F120 class ships to move above their cruising speed. Designed as escort ships to protect convoys, the F120 Frigates were specialized for Anti-Submarine Warfare.

After serving in the West German Navy for 21 years, the ship was taken out of service on the 17th December 1982. Since 1989, the "Köln" serves as a hulk in Neustadt (Holstein).