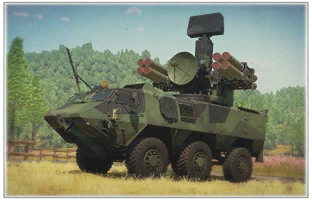 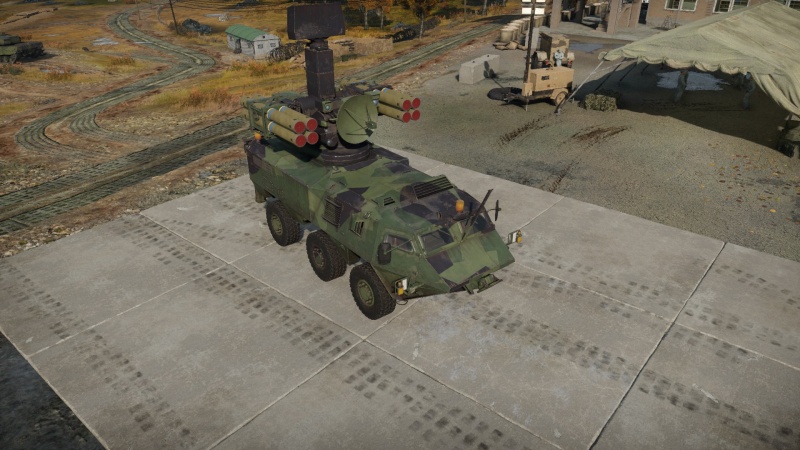 The Ilmatorjuntaohjus 90M is a rank VII Swedish SPAA with a battle rating of 11.0 (AB/RB/SB). It was introduced in Update "Red Skies". 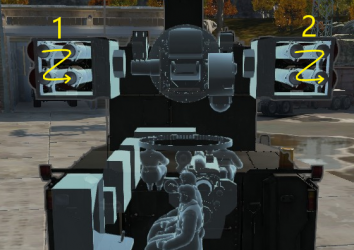 Ammo racks of the ItO 90M

When you spawn, it is advised to use your speed to drive to an area near the edges of the map and try and pick off any helicopters and unaware aircraft. Try to use foliage as cover and attempt to stay as hidden as possible. Your goal is not to get hit.

Use your missile range to your advantage and try your best not to be spotted.

The ItO 90M is based on the Sisu XA-180 platform and uses the French surface-to-air missile systen called CrotaleNG MOD.[1]

In 1980, Sisu produced an XA-180 prototype for testing. It competed against two other prototypes, but was the winner of the trials in 1983. in December 1983, the Finnish Army ordered a first batch of 50 XA-180s, of which 9 were reserved for UN. The vehicle proved itself successful and more were ordered by the army.[2]