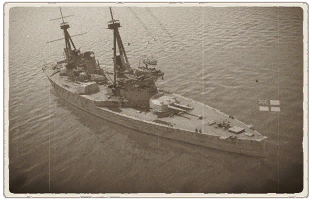 The HMS Invincible (1916) is a rank V British battlecruiser with a battle rating of 6.0 (AB/RB/SB). It was introduced in Update "Hot Tracks". 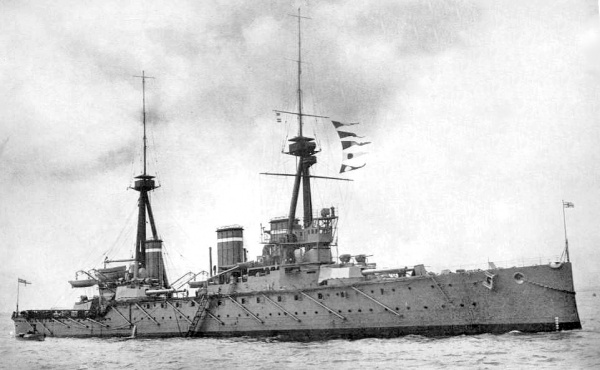 Invincible entered service with the British Grand Fleet and participated in fleet maneuvers along with the rest of the fleet. However, it was apparent during her early service that her main turrets were problematic as the faulty electric turret horizontal drives prevented them from turning properly. As a result, the battlecruiser spent much of late 1913 and early 1914 in dock, receiving new, hydraulic turret drives to replace her electric ones. She was also fitted with a new ranging fire director, but this had not been completed by the time of the outbreak of the First World War.

Following the start of the First World War, Invincible saw her first action at the Battle of Heligoland Bight. There, she fired 18 rounds at the crippled cruiser Coln, but failed to obtain hits. Later, Invincible participated in a more important action, the Battle of the Falklands. As part of the British West Indies squadron commanded by Rear Admiral Christopher Cradock, she steamed from Port Stanley (in the Falklands) with her sister ship Inflexible to intercept the German squadron led by Admiral Von Spee; Spee's cruiser squadron, led by armoured cruisers Scharnhorst and Gneisenau, attempted to attack the British base at Port Stanley hours before. As the battlecruisers had a 5-knot advantage over the German armoured cruisers, they quickly caught up and began straddling the German cruisers with 12 inch shells. After a several hour long battle, both Scharnhorst and Gneisenau were sunk, the former with no survivors. Invincible was hit numerous times, but suffered no significant damage. 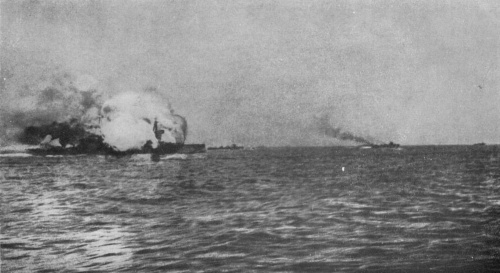 Soon after, Beatty's battlecruisers spotted the German battlecruiser line, and promptly opened fire on the battlecruisers Lutzow and Derfflinger. Invincible hit Lutzow twice beneath the waterline, which would eventually lead to her demise. However, she ended up directly in front of Lutzow and Derfllinger, who fired several salvoes at her. One of these shots hit the ship's midships 12 inch shell magazines, which exploded and blew the ship in half. Almost her entire crew of 1026 were killed, including her commanding officer Rear Admiral Horace Hood; six survivors were rescued by escorting destroyers. Hood's widow would later launch the battlecruiser HMS Hood, the most powerful battlecruiser ever launched by the Royal Navy.